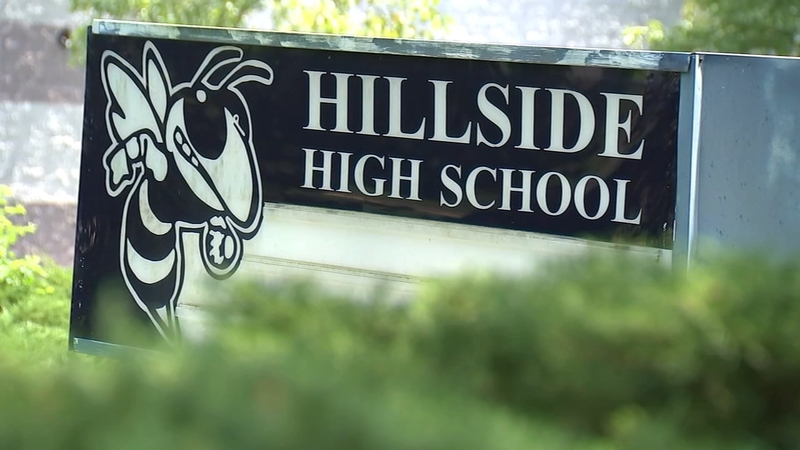 The 56-year-old Tabb said DPS owes him back pay for working extra hours and doing a job that two people should be doing.

The suit claims Tabb first alerted the district of the issue in 2004.

The lawsuit was filed in 2017. But Tabb's attorney, Stewart Fisher, said the suit finally went into mediation last week. However, talks between the district and Tabb failed, so now the case is headed toward litigation, according to Fisher.

In that role, he gets extra pay.

But in the complaint, he claims he also operates as the program's technical director.

That's someone who manages lights, cameras, and set design.

Tabb alleged that schools such as Riverside High, Jordan High and Durham School of the Arts each have a paid technical director and a paid theater director in its drama department. The people in those roles, Tabb noted, are mostly white.

Tabb is suing the district for racial discrimination.

Parents who have students in Tabb's drama class have come forward to ABC11.

I think that Mr. Tabb deserves more credit than he's been receiving all these years. He works tirelessly. He works as a director, which is his job. And he works as a technical director," stated Glenda Ochman, whose daughter Daniella received the 2019 Wendell Tabb Director's Award for her artistic achievement in his class.

The school district has denied Tabb's claims of discrimination. On Wednesday, it released a statement.

"The Board is actively litigating this case and has denied Mr. Tabb's claims in its court filings," the district wrote. "The Board is grateful for all of its hard-working teachers and the many teachers who go above and beyond for students every day. The Board has made teacher compensation a priority and in recent years has significantly increased the supplement paid to performing arts teachers, including Mr. Tabb."
Report a correction or typo
Related topics:
educationdurhamdurham public schoolsback payhigh schooldiscriminationteacherracismlawsuit
Copyright © 2021 WTVD-TV. All Rights Reserved.
TOP STORIES
3 dead, 2 missing as tubers go over dam near NC-VA border
Merging where the lane ends not 'jumping the line'; may become the law
2 dead, 2 injured in Durham shooting; activists say city needs to step up
Help name red wolf pups born at NC Zoo
Despite incentives, fewer North Carolinians vaccinated each week
Tropical Storm Claudette expected to form today
Sheriff IDs pilot killed when airplane crashes in Kinston
Show More
Triangle residents call Juneteenth a reminder to educate oneself
Spring Lake first municipality in Cumberland County to make Juneteenth official holiday
LATEST: Gov. Cooper urges more people to get vaccinated
Cary dad's Facebook group, Dads Married to Doctors, grows globally
Father gives daughter life-saving gift as living organ donor
More TOP STORIES News