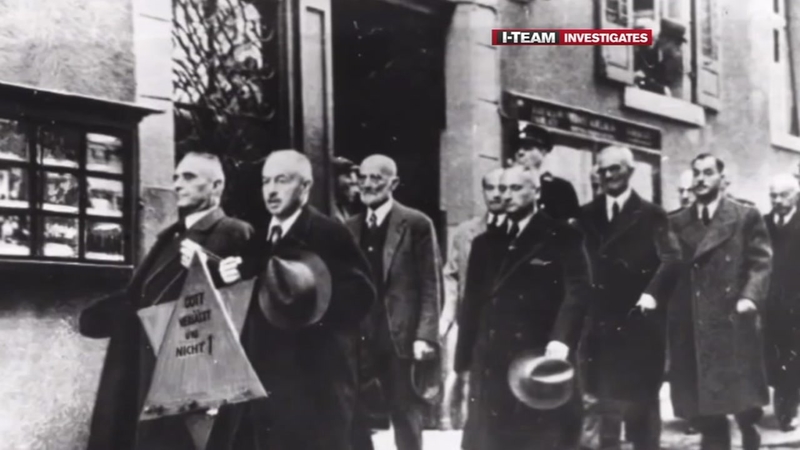 CLAYTON, N.C. (WTVD) -- A group of parents is expressing concern with a Johnston County teacher after having students act out a play to learn about the Holocaust.

Emails obtained by ABC11 show the teacher telling parents about a 12-scene play he wrote that tells the story of two Jewish families who survive the Nazis and eventually move to Israel. The play covers several critical elements of the Holocaust, such as Auschwitz, the ghettos, and the Axis Powers, but the teacher admits the play contains some humor "to keep students interested."

"There are some things where there is never room for humor in, and the Holocaust is one of those," Jennifer Earnest, whose son is enrolled in the class at Riverwood Middle School, told ABC11. "If they go into the classroom with a teacher that they love and respect, and he uses that position of power to teach them it's OK to make fun of these things, that they can be a source of entertainment -- that's a bad precedent to set."

ABC11 is choosing not to name the teacher.

Earnest said she first learned about the play when her son came home excited about a scene he acted out.

"He wasn't excited about being a Nazi, but he was like, 'I got to be a Nazi, and I got to shoot my friends who were Jewish and bury each other," and that's just not at all what you want to hear your kid come home and tell you," she said.

Earnest, herself a former educator, said she worries that her son and his peers are not getting the right perspective about the subject.

"Show them the stories of the survivors," Earnest said. "The images can be graphic and saddening, but they're necessary for them to see. There is no way these students in Johnston County are ever going to know what (the trauma) is like, and pretending to know what's it like definitely desensitizes them to it and removes them from it."

In a statement to ABC11, a spokeswoman for Johnston County Public Schools said the administration "is aware of this matter and is currently reviewing it."

The controversy arises at a critical juncture for history teachers as the number of Holocaust survivors living and able to share their stories continues to dwindle.

A recent survey, moreover, offers a foreboding assessment of Americans' knowledge of the subject: 41 percent of American adults cannot identify Auschwitz, while 31 percent think fewer than 2 million Jews died (as opposed to the widely accepted estimate of more than 6 million). For Millennials, the numbers are even starker, with 66 percent unaware of Auschwitz and 41 percent unaware of the Holocaust's death toll.