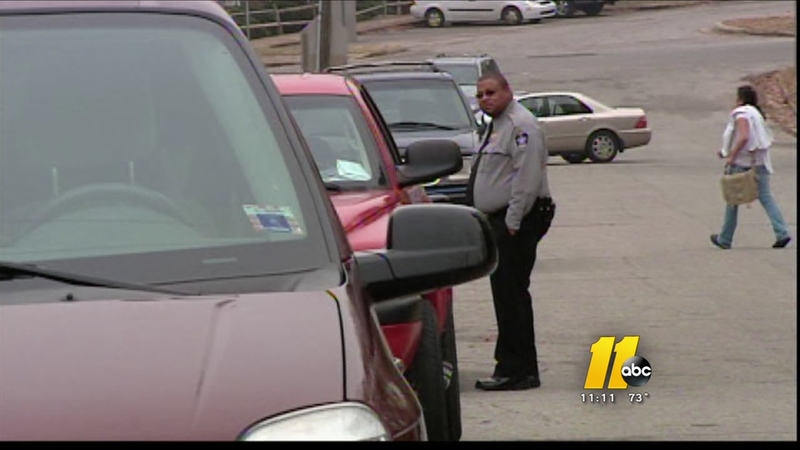 RALEIGH, North Carolina (WTVD) -- Local police chiefs and the Wake County sheriff are all reviewing the 14-page document passed Tuesday night by the Wake school board. It's called a memorandum of understanding or "MOU."

It basically spells out what local officers or deputies can or can't do when interacting with students at school. Many in the community were seeking major changes in the MOU.

That did not happen.

Community concerns about student resource officers came to a head last January, when camera-phone video of a cafeteria fight inside Rolesville High School captured an SRO body-slamming a teenage girl to the floor.

6 months after a police officer body-slammed a student at Rolesville High, the Wake Co. School Board approves new rules for officers. At 11 pic.twitter.com/WS8kRlZ8gP

Outraged about what many called excessive use of force, parent advocate Geraldine Alshamy was pushing for large-scale revisions in the school system's MOU with local police and the sheriff's office.

Despite Alshamy's pleas to school board members, she says there was little to no community input into the new rules for school resource officers.

"All of it is the same," Alshamy said describing the revised MOU as compared to the soon-to-be expired document.

Before the school board passed the new rules Tuesday night, board member Keith Sutton pushed the school system's security staff for ways to make it easier for parents to lodge complaints without relying on their school principal's discretion.

"Is there a form, a complaint box? What can we do as a system to make it easy for any member of the community or student to register that complaint?" Sutton asked.

Staff members told the board they would explore the options.

Alshamy has long raised concerns that minority students have a disproportionate number of run-ins with SROs. One big change in the rules could help make or break that case.

"The good thing that is in the (new) policy is that now (SROs) have to keep data. So that's different than the last three years," Alshamy said.

There will now be a record of every student's interaction with a school resource officer along with what kind of interaction it was and the student's race and gender.

Local police chiefs and the Wake County Sheriff now have 10 days to sign on to this new policy. A spokesperson for Sheriff Donnie Harrison told ABC11 that the sheriff has not yet had the chance to read the revised MOU.
Report a correction or typo
Related topics:
educationraleighschool resourcesrace relationsstudent safetywake county newswake county schools
Copyright © 2021 WTVD-TV. All Rights Reserved.
More Videos
From CNN Newsource affiliates
TOP STORIES