About an hour before the meeting, which began at 5:30 p.m., a couple dozen parents and students held signs outside the building, calling for an end to the MVP math curriculum.

"Most of the time students just sit there and wait for the teacher to give them the answers, but they've never learned it," said Natalie Johnson, who just finished her sophomore year at Green Hope High School.

Parents said their children's test scores were being heavily-curved in an effort to cover up student shortcomings in handling course material.

"That is just not working. Because they leave the class, only probably getting just a few minutes of any kind of traditional instruction. They go home, they can't do the homework. They come back in, can't do the quizzes, can't do the tests," said Blain Dillard, a Green Hope High School parent who also spoke during the public comment portion of the meeting.

Off-camera, one parent showed ABC11 several quizzes and tests that listed an original score and a weighted score. During his public comment, Dillard urged school officials to factor in the original score when judging the effectiveness of the MVP math curriculum.

Speakers were given three minutes for public comment, with a group of supporters holding up signs behind them, loudly cheering at the end of the speech.

"The curriculum review committee did not find any violations of school board policy in the implementation and/or adoption. In addition, no member of the committee recommended removing the curriculum," explained Dr. McFarland.

MVP, which stands for the Mathematics Vision Project, has faced increasing public pressure over the past few months.

In April, hundreds of students walked out of their classrooms at Green Hope High School in Cary, to protest the curriculum.

The committee's findings noted in Math 1, grade level proficiency and college and career readiness slightly improved in the first year of MVP, with Math 2 final exam numbers nearly identical to the previous year.

"I also acknowledge staff's diligent monitoring of student performance, for which both local and state norm data found no evidence of such failure," Board Chair Dr. Jim Martin stated following the presentation.

The committee listed five recommendations to the School Board:

"We just want to make sure we're getting this right. And you can never stop examining how teachers are practicing their craft, how students are learning, what their experiences look like in a classroom," explained Dr. McFarland, who added the committee began their review in early May.

The 19-person review committee, made up of employees and other stakeholders, also included two students.

"We feel like we haven't been given a fair trial of the program because Wake County hand-picked the people who were on the jury," argued Dillard, alluding to the initial selection of the committee's members.

In response to claims of heavy grade-curving, Dr. McFarland deferred to individual schools, noting they controlled that process. 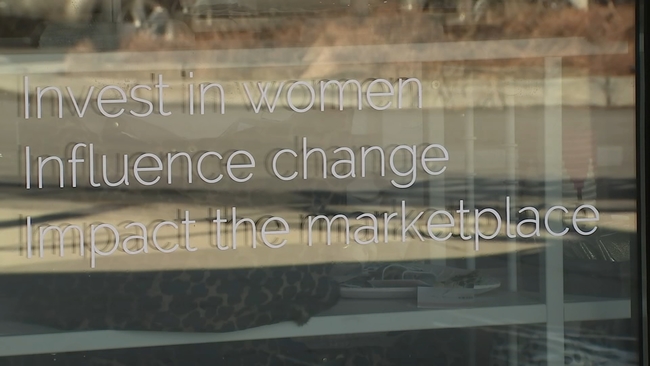