Forecasters: This could be a big El Nino year 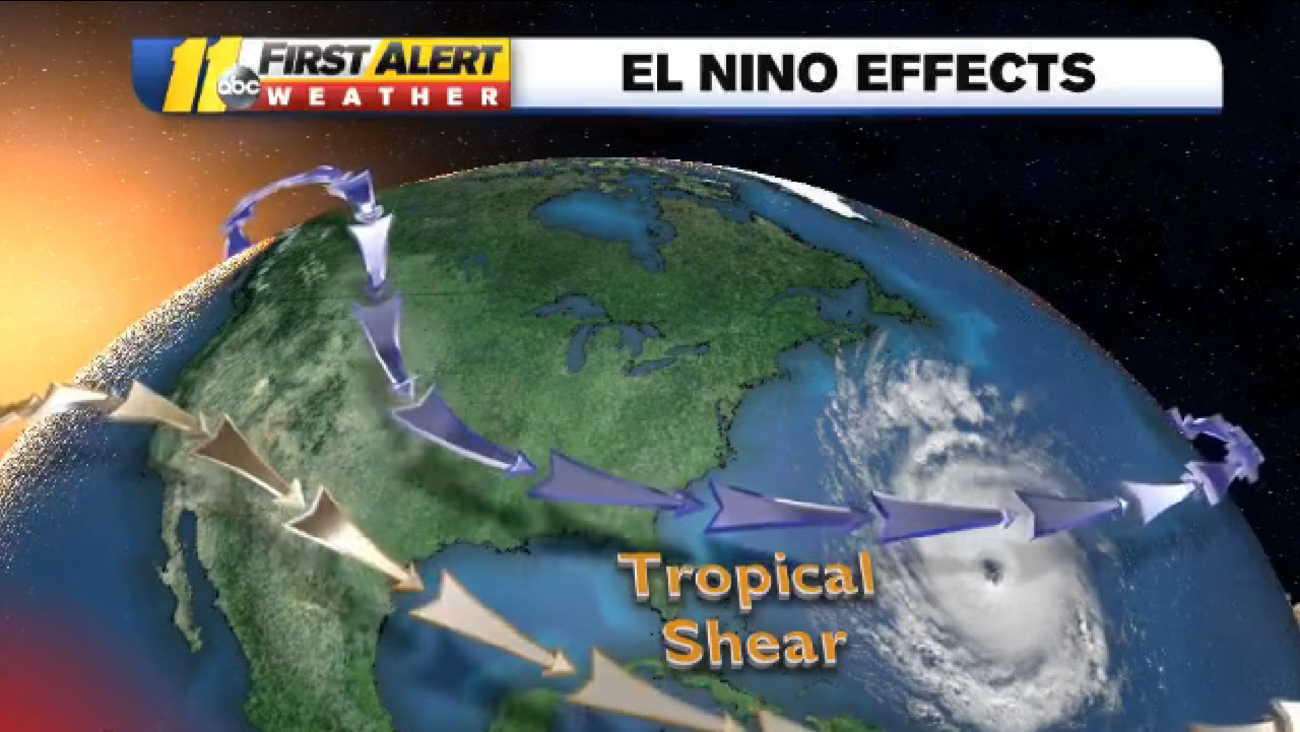 RALEIGH (WTVD) -- The weather pattern known as El Nino has started and its effects could be "substantial" on both sides of the Pacific Ocean. But what does it mean for us here in North Carolina?


Well, according to the State Climate office of North Carolina, a couple of patterns usually emerge in an El Nino year.

1. That warm ocean temps increase convection and that can actually alter the Jet Stream (or Jet). During hurricane season, the Jet lines up in a way that increases wind shear over the ocean. And wind shear is a hurricane's mortal enemy. It can help to tear apart tropical storms before they can ever become a hurricane. It doesn't mean we won't see any tropical storms or hurricanes, it just means they can happen less in an El Nino year.

3. The Jet can also draw colder air from the North into the Southeast, so winter temps are typically below average during an El Nino year.

If you'd like to know more, you can visit their site here.

Does this mean more snow and cold temps are headed our way this winter? Not necessarily. A lot of factors go into a seasonal snow forecast, and many won't be known until later this year. But for now, it's certainly something to keep an eye on.