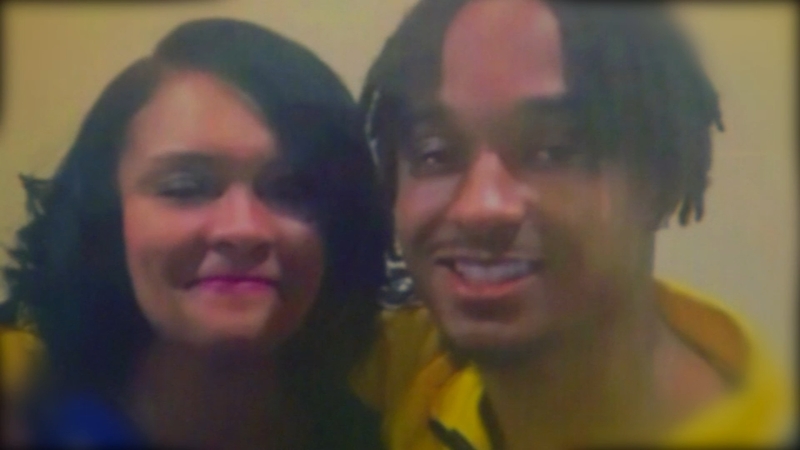 RALEIGH, N.C. (WTVD) -- The mother of a Sanderson High School basketball star who was shot and killed back in August says she still has questions about what happened that night, despite two arrests in the case.

Elijah Umelo, 18, and Roland Lacure, 44, appeared in court Wednesday. They are both charged with murder in the death of Desmond Jenkins.

"I definitely felt him smiling down on me today," Sherry Jenkins, Desmond's mom, told ABC 11.

Jenkins said she's endured a range of emotions waiting for the day the people responsible would be arrested.

Two months ago, and just days from attending college, her 18-year-old son was shot. It happened after Desmond was spending a night out with friends. He was killed steps from his home.

"I still hear those gunshots. I still see him on that table at the hospital," Jenkins said. "My son did not deserve this. He did not deserve it. I cannot even comprehend how a 44-year-old man would take part in the murder of an 18-year-old boy."

Raleigh police have not explained the two men's relationship with each other, nor if they knew Desmond, or how they connected the two men to his death.

A Chevy Avalanche caught on camera near the shooting is part of the investigation.

Lacure was arrested during a traffic stop on Tuesday. Umelo was taken into custody overnight. Both suspects have previous criminal charges.

Earlier this year, Umelo-was charged with possession of a stolen firearm.

Memories and videos of Jenkins outgoing, fun-loving personality is what the family says they hold on to. Jenkins says she still talks to her son.

"I just talk to him and tell him we're going to make sure the people that did this to you will be punished," Jenkins said.

Jenkins said she is grateful to Raleigh police for their investigative work. Authorities said they received several tips.

Lacure's spouse and children were in court and emotional.

Both suspects remain in jail without bond.