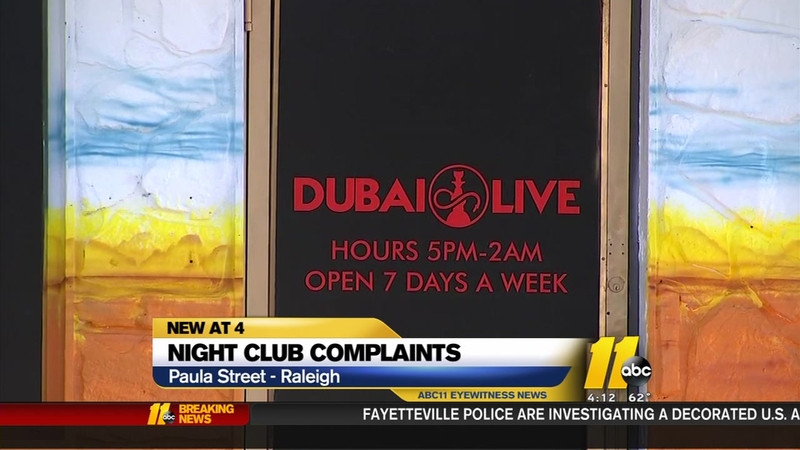 RALEIGH, North Carolina (WTVD) -- A Raleigh business owner is excited about this weekend's opening of her new club.

But residents of a neighborhood behind it are dreading it.

Dubai Live is opening on Raleigh's Paula Street just across a small pond from the neighborhood.

The people who live there say the noise and crime from the club that used to be in the same building was unbearable.

They say music at the club was amplified as it crossed the water making it nearly impossible to sleep.

And, according to records supplied by Raleigh police, officers were called to the old club Luc Lounge more than 75 times in 2016.

They were also called to the building earlier this month while renovations were underway for the new club when someone fired more than a dozen shots at the structure.

In a statement provided to ABC11 the owner of the Dubai Live says her club shouldn't be judged on the reputation of previous clubs in the building.

She also says she has hired a sound engineer to make sure the club complies with Raleigh's noise ordinances.