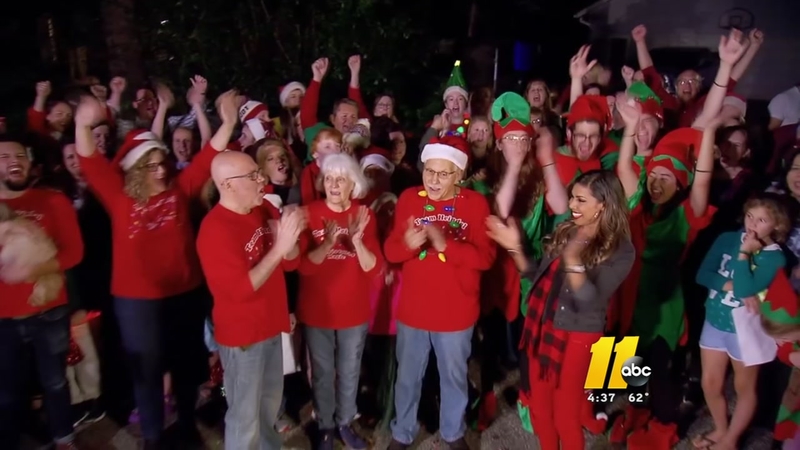 The Heindel family in Raleigh have many traditions and putting up their epic Christmas light display is one that goes back decades.

"We have all kinds of traditions around it but the biggest one really is the whole family coming together and helping us decorate," explained Jerry Heindel.

This year, the Heindel's display will be featured in the ABC-TV's Great Christmas Light Fight on December 4, 2017 at 8 p.m.

The Heindel's say they start decorating the day after Halloween because they also decorate for that holiday. When they got the call for the Great Light Fight, Jerry says he was humbled and excited. "We had never in our wildest dreams thought about being on the show," Heindel said. "We watch the show all the time and say oh my goodness look at those light displays."

The Heindels say they love doing the display for the smiles on the kids faces who come by to see it. They plan to keep the tradition going for many years to come.