CDC pushing masking on public transportation and airports, but opinions of RDU travelers are mixed 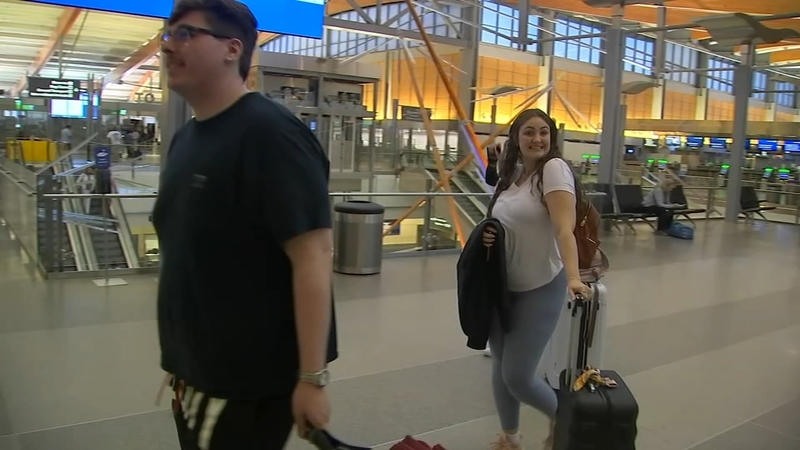 RALEIGH, N.C. (WTVD) -- Mask wearing is no longer mandated on planes and other public transit, but the CDC still wants people to wear them.

The agency said Tuesday that anyone older than 2 should mask up on planes, trains and buses.

The government had repeatedly extended the mandate but a federal judge in Florida struck down the rule on April 18. The same day, the TSA said it would no longer enforce the mandate.

"If you want to wear a mask, wear five masks," said Skylar Macleod. "I don't want to, so I guess I don't have to be."

Macleod isn't changing her stance after the new recommendation to mask up.

"I was thinking while that's kind of risky to be in that enclosed air tube with COVID people maybe, I like it though," she said. "I'm sick of wearing masks, I don't want to mess up my makeup, I want to look good at the airport."

Emme Decker, however, is a nurse, and she's keeping hers on regardless.

"If I go into an operating room as a surgical nurse and you're having surgery, do you want me sneezing and coughing into your body cavity," Decker said. "Masks work, we've been using them for a long time."

Decker said she's also had three sets of friends who have traveled internationally and one of them ended up having to stay 10 extra days because they were positive for COVID-19 on their way back.

RDU said it follows TSA's security directives regarding mask requirements. Right now, masks are still optional at the airport and if passengers have further questions, they should contact their airlines.

"Wear a mask if you're comfortable wearing a mask, which I do most of the time and nobody seems to have an issue," said Gerald Taylor, who was flying home to RDU from Nashville on Tuesday. "It's the world we're in now, so we live with this the best we can and try not to disrupt and destroy each other's time on these flights."

It doesn't appear there is any data yet to show whether dropping the mask mandate has led to fewer incidents in the air.