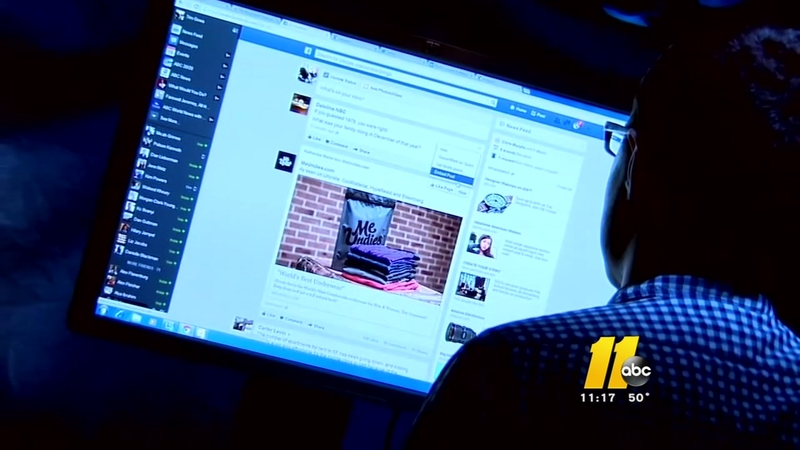 I-Team: What to believe on social media

This was probably not the selfie they had in mind.

Attorneys representing Facebook, Twitter, and Google appeared on Capitol Hill on Tuesday, their first of at least two appearances in front of lawmakers seeking answers on Russian influence on social media.

According to written testimonies submitted to Congress, an internal Facebook audit discovered that the fake accounts linked to a Russian company produced 80,000 posts between 2015 and 2017. Those posts, moreover appeared on the news feeds of 29 million users but may have reached as many as 126 million people because of user activity on the site.

The Congressional investigation, which is expected to continue for several weeks, has ties to the Triangle: Raleigh activist Conrad James told ABC11 he was invited to testify as well because of his own experience with Russian Internet trolls.

"The Cold War was something real," James told ABC11. "We almost went to war with nuclear weapons with the same country we're talking about now."

In the throes of the Charlotte riots sparked by the police-shooting death of Keith Scott in September 2016, just weeks before the presidential election - congressional investigators told ABC News that Russian operators were disguising themselves as black activist groups on Facebook and Twitter; piggybacking on the themes of the Black Lives Matter movement, and convincing unwitting activists like James to participate in rallies.

"We didn't put gasoline on the fire to turn Charlotte into Charlottesville," James explained. "That didn't happen. It turned into a support rally."

James' persistent optimism, however, may have been the exception and not the rule.

Twitter has uncovered a total of 2,752 accounts linked to the Internet Research Agency - more than 10 times the number of accounts initially disclosed to Congress - and has identified the accounts for Congressional investigators, according to a source familiar with the company's testimony Tuesday.

Advance testimony obtained by ABC News shows Twitter will emphasize the limited amount of Russian activity on the platform.

Google, in a blog post Monday evening ahead of this week's hearings, revealed the results of its internal investigation into Russian use of the platform. The company also identified 18 YouTube channels linked to the Russian influence campaign. The channels had a combined 1,108 videos uploaded - a total of 43 hours of content that accumulated 309,000 U.S. views from June 2015 to November 2016.

Nicole Lee, a professor of digital media and communications at North Carolina State University, warns that the alleged Russian agenda on social media mirrors that of other marketers and advertisers: provoking emotional reactions.

"That's their intention," Lee explained to ABC11. "If (the posts) make you angry, you're more likely to share it."