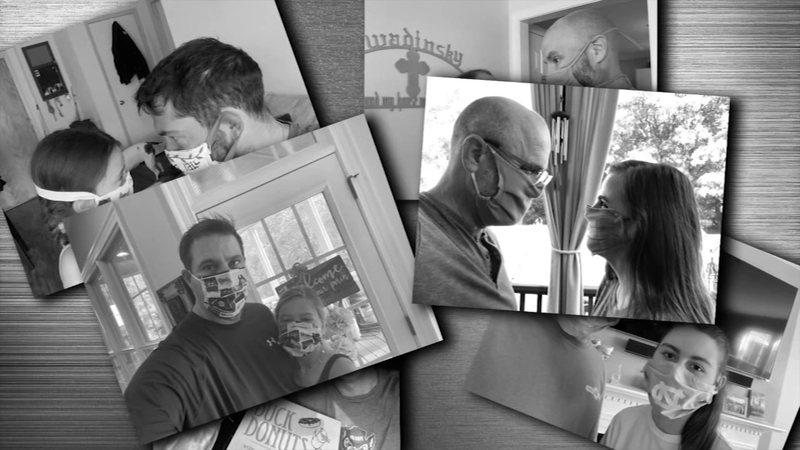 APEX, N.C. (WTVD) -- Typically, every year around this time the Academy for the Performing Arts in Apex holds its end of the year recital which always features a special daddy-daughter dance.

"Our recital actually is almost always on Father's Day weekend when we normally have it," said the owner of the studio Hillary Parnell. "That's kind of a nice way to say, 'sorry you have to be here but you get to dance' and we kind of dedicate that part of the show to them

This year, because of the pandemic, the daddy-daughter recital had to be held virtually including the practices.

"I mean there's so many memories that you have from Father's Day because of it," said Jim Godfrey. "When we first started going down this road, you know, 10 years ago, knowing that I had to dance in front of people I can remember complaining to the wife numerous times going, this is what I have to do on Father's Day. You know where's me just sitting out in the backyard around the barbecue I have to go and perform in front of a group of people but it's special. It's nice that it's tied together."

For the past eight years, Jim Godfrey has been participating in the daddy-daughter dance with his daughter Danica.

"At first I was a little scared because I was like you don't know how to dance," Danica said. "Since then, since I've gotten older and realized that once we like to practice a lot. It's, it's a lot of fun because you trust your dad and ways and it's, it's for it's also fun to watch your mom get emotion like the parents, the mom good and motional watching the husband, the daughter dance together."

"It's a great one to get out there with your little daughter, and you know it changes with time," Jim said. "When she was three it was one thing, because you know she wasn't really dancing you were just out there. But now that she you know the last five years has been amazing, you're just hoping that you can keep up and it's nice to do it but the terrifying one is the dad only because, you know, regardless of the number of practices you're, you and your head know you look like a complete fool doing, but that's awesome."

This year, Parnell had to innovate, she didn't want duos like Danica and Jim to miss out so instead, she held daddy-daughter practices virtually.

"It hasn't been as much fun as normal," Godfrey said. "The camaraderie and making fun of each other when we're looking like fools and fighting to see who gets to be in the back of the line so you don't have to be upfront, so it's it's been different."

Each pair submitted a video with their final dance and Hillary put them all together making this video as a tribute for Father's Day.

"I actually get teary when I watch them practice too because they have to figure things out," said Parnell. "I let them work on different lifts and different things and watching them kind of bicker is hysterical and watching them like fall on each other is awesome. And then they finally get it in there like high fiving and the little ones are just like jumping up and hugging it like it's it's a lot of feels."