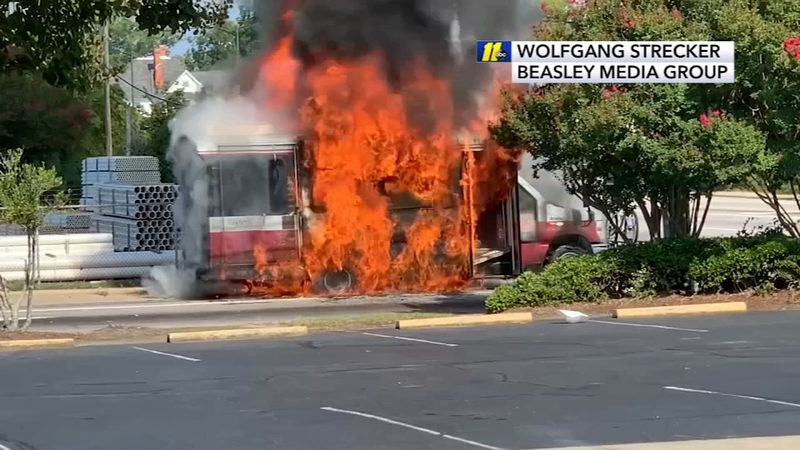 Wolfgang Strecker works near where the bus broke down. He saw the fire and started filming.

"I'm just glad everybody got out. What a disaster," Strecker said.

He also said one of the passengers on the bus was a woman who is 9 months pregnant. He said he opened his nearby office and allowed her to rest comfortably in the air conditioning after she evacuated the bus.

This is what’s left of what we’ve now learned was a city transportation bus. It was burned beyond recogniton. #abc11 pic.twitter.com/odUQsPL9o4