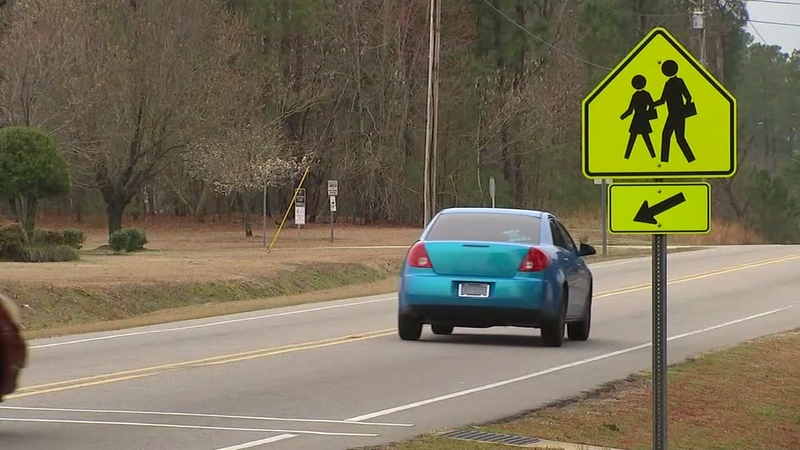 FAYETTEVILLE, N.C. (WTVD) -- On Monday, city leaders are expected to approve a speed limit reduction for one of Fayetteville's most dangerous roads, Hoke Loop Road.

It comes after several concerns from residents in west Fayetteville. Pastor McLaughlin of New Life Bible Church is one of them. He's replaced his mailbox four times.

"Yes, that's one of many. I've had this mailbox smashed several times," said McLaughlin.

Between replacing the mailbox and waiting forever to leave his house, McLaughlin and others on Hoke Loop road are fed up with speeding drivers.

"I have to wait five to ten minutes just to be sure," he said.

McLaughlin brought his concerns to the Fayetteville City Council out of fear for the students.

"Got a lot of traffic, crowded streets, got kids walking across the streets back and forth..you have a crosswalk there but speed is always an issue," said McLaughlin.

Turns out the school zone on Hoke Loop Road was the only one in the county with a speed limit as high as 35 miles per hour.

On Monday, leaders are expected to approve a measure that would bring it down to 25 miles per hour in the school zone and 35 miles per house elsewhere on Hoke Loop Road.

City leaders had been looking at the changes for a while- originally because of the housing boom in west Fayetteville.