WTVD
By Diane Wilson
FAYETTEVILLE, N.C. (WTVD) -- The COVID-19 pandemic is turning many people's lives upside down not only financially but also emotionally.

ABC11 viewers are pleading for help as they are struggling. Krystal House, a single mom, who is pregnant with twins has been out of work since the governor mandated her employer to shut down.

While trying to get her unemployment benefits approved, her landlord evicted her--but not the legal way.

"I'm the type of person, I never asked anybody for anything. I just go out there and get it on my own. I guess at some point in life you really need someone, and right now I really do need help," House said.

House said she was working full time until March when Gov. Roy Cooper ordered all bars and restaurants to be closed to inside dining.

"I was working full time. Everything was going good with me. Never had a financial issue until COVID-19. So when COVID-19 hit then I fell in a hardship, which I didn't let my kids see."

House has two girls 7-year-old Zoe and 2-year old Z'hailee, and she's trying to shield her two girls from their new reality.

"I didn't let them see me cry, but I got by with it, and I'd just think about another day."

North Carolina paid millions in unemployment. Now they want some of it back.
EMBED More News Videos

While waiting, she fell two months behind on rent and her landlord told her to get out.

"There was a man sitting in front of the house, saying I couldn't go into the house, and so that's when me and my kids were sleeping in the truck."

House along with her two girls started living in their SUV.

She would put the back seats down and lay the blankets on top of the seats so her girls could lay straight and have some type of comfort. She said some summer nights were rough.

"The mosquitoes at night tore us up some nights."

Despite the obstacles, House said she continued to try and find work.

"I fill out applications every day online. There is nothing that's not going to stop me from getting the job."

With no job offers, and not getting any answers as to where her back pay in unemployment is from the state, House got desperate and Troubleshooter Diane Wilson got involved.

"It's very hard and very overwhelming, and it gets irritating sometimes and you don't want to take it out on the kids because it's not their fault."

Wilson first let House know to go back to her home, as her landlord can't legally evict her without going through the courts. If the landlord didn't let her back in, Wilson said House should call the police.

House said that's exactly what she had to do.

"She tried to take the keys and tried to run off, but the police told her that she couldn't do that," House said.

Police told House she could stay in the home until the courts rule on the eviction. For the time being, House and her kids are back in their rental home; their landlord is filing an eviction notice with the courts, but at least House has time to make other arrangements.

When it comes to the more than $5,000 in unemployment back pay, Troubleshooter Diane Wilson reached out to the state, who then got in contact with House and let her know the bad news: Her check was mailed in July to the house her landlord kicked her out of. DES told House somebody else cashed her check.

"Someone named James Alexander cashed my check using his ID, and to his mobile device to deposit the check that had my name on it, and I just want to know why," House said. "I actually need that money, because he took food out of my kid's mouth, and a roof over their head and things that their need and it's not fair."

Now a DES agent is working with House and trying and get the check re-issued, giving House hope.

"This ain't going to be a forever thing. It was just going to be a process that we're going through and that will get better. It'll get better for us and we'll overcome this situation. I'm hoping for a brighter day and some change happening in our life this week," House said.

House doesn't go to court until later this month for the eviction process to start. She hopes she has her back pay from the state by then.

The Centers for Disease Control and Prevention issued a stay on all evictions moving forward until the end of the year, so that could also give House some more time.

If you would like to donate to Krystal House and her family, click here. In less than 24 hours, ABC11 viewers helped House meet her goal of $5,000.

When Wilson asked House what she planned to do with the money first, House said she would buy an air mattress to sleep on. 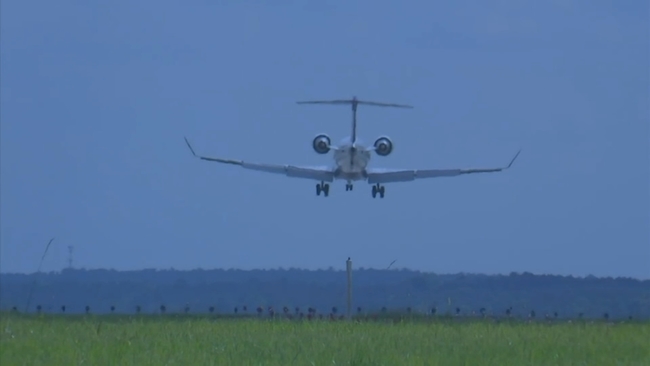 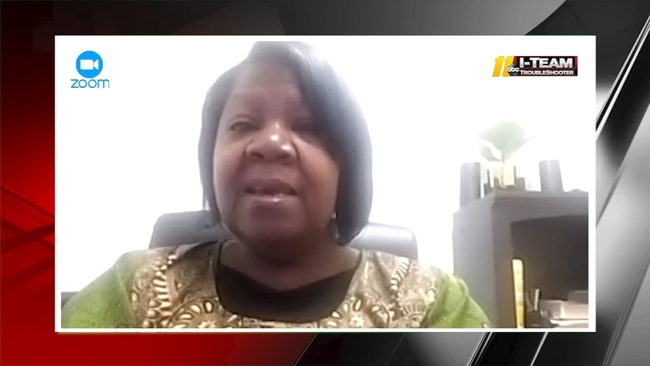