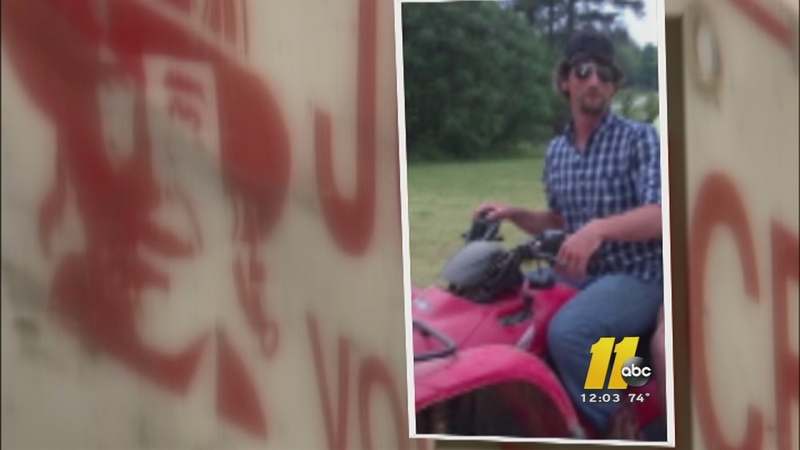 It happened around 5:10 p.m. in the 1300 block of Sykes Road, which is just south of Ruffin Collie Road -- northeast of Bunn.

Franklin County Sheriff Jerry Jones told ABC11 that John Derek Gupton, 24, was driving the truck and was killed instantly when it flipped after failing to negotiate a curve in the road. He was a member of the Justice Fire Department.

Another firefighter was injured, but was treated and released from WakeMed.

The tanker truck carrying water was responding to a fire alarm call in Lake Royale, which is about four miles from the scene of the crash.

The firefighting community and the community as a whole are still in shock over what happened.

Gupton was a farmer, landscaper, and a volunteer firefighter since 2009. His father and grandfather were also firefighters.

"I don't know how to describe it," said Jones. "It's just sadness. This area is just full of sadness."

Franklin County Fire Marshal Jeff Lewis coordinates emergency response with all of the county's 11 volunteer fire departments. They are small, close-knit units that the county depends on to respond in the rural areas.

"We're dependent, very dependent upon these guys," said Lewis. "It's like you lost your brother even though we don't know everybody by name. We know them by department, and everybody is involved. Everybody is one big emergency services group."

With the crash investigation in the hands of state troopers, the family of first responders is simply left to grieve.

"It affects us all," said Jones. "You can say you're tough as nails, but this is going to affect everybody."

Jones said troopers do not believe speed was a factor in the crash. The exact cause remains under investigation.

A memorial service was held Wednesday evening at Duke Memorial Church. A visitation will be held from 6 p.m. to 9 p.m. Saturday at Strickland Funeral Home in Louisburg. The funeral will take place Sunday at 2 p.m. at Duke Memorial Baptist Church in Spring Hope.

In lieu of flowers, donations can be sent to:

Volunteers from neighboring departments have come in to take over the Justice crews' hours this week.