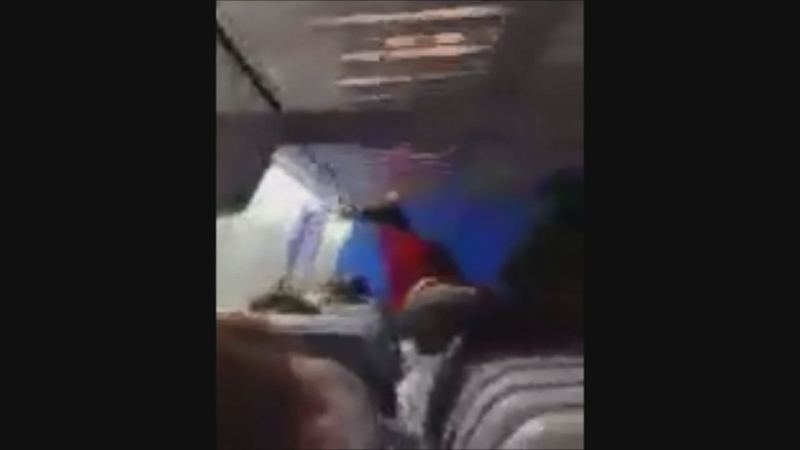 HOUSTON, TX -- A KLM flight bound for Amsterdam was canceled after a passenger reported suspicious activity before the plane took off from Bush Intercontinental Airport in Houston Wednesday. The plane was searched and given the all clear, but the flight never made off the ground.

Air France flight 8412 operated by KLM was supposed to depart at 4:03pm. However, a passenger on the plane told ABC News that a woman reported two men acting suspiciously before take off. Flight attendants notified the pilot and police were called.

Officers handcuffed and removed the men from the plane; passengers also were escorted off the plane and transported by bus back to the terminal.

After a search of the plane, officials gave the all clear and said the man who was reported to be acting suspiciously will not be charged with anything.

However, the flight was canceled, and passengers were re-booked on a case-by-case basis.