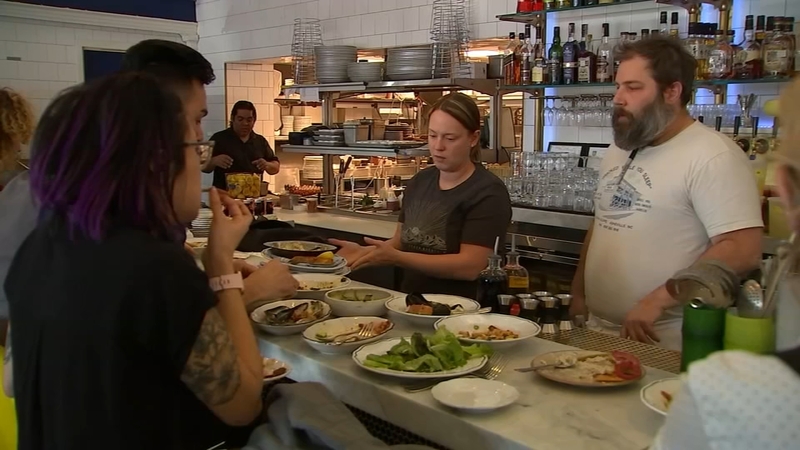 DURHAM, N.C. (WTVD) -- Saint James Seafood announced it is opening its doors to customers Tuesday, Jan. 23, more than nine months after a gas explosion rocked the streets of downtown Durham in April.

Saint James Seafood and its neighbor Torero's were initially condemned, now, they are the only two businesses that were left standing after the explosion.

"We have food in the building," said chef and owner Matt Kelly. "We've got our lights, we're a restaurant. This was the closest for our team here that we've had to normalcy in nine months."

Kelly said he's hopeful Torero's will open soon. He's also gotten used to there being an empty lot next door to that.

"We're kind of curious as to what is going to happen there and how that's going to be developed and how it's going to become the new fabric in this neighborhood," Kelly said.

There will be 35 staff working when the place opens next week.

On Tuesday, the restaurant will host a soft opening and dinner for the first responders that helped extinguish the fire last April.