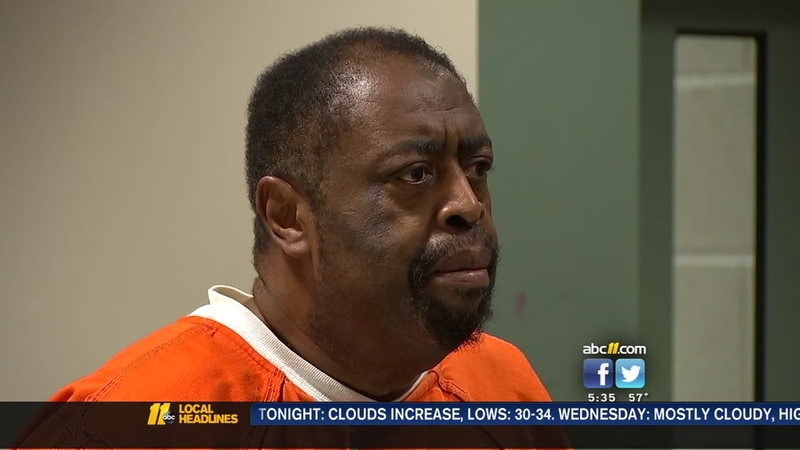 FAYETTEVILLE, NC (WTVD) -- A former pastor is charged in the rapes of four children during the course of 13 years. Glenn Tyrone Collins turned himself into authorities Monday after police issued a warrant for his arrest.


According to detectives, Collins raped four children, including one of his neighbors, repeatedly between 1996 and 2009.

Police finally began working the case after one of the victims came forward after what was described as years of emotional torture.

"This person was going through emotional trauma when they told the mother, so a lot of times none of us know that folks are being violated, particularly folks they hold in high esteem," said Police Capt. Darry Whitaker.

Former Pastor Glenn Collins is accused of raping 4 children over a period of 13 years. Details at 5:30 #abc11 pic.twitter.com/bsIVRjKBq7

Collins made his first court appearance Tuesday afternoon where District Attorney Billy West requested that he remain in jail without bond.

"It's very unfortunate and troubling these are some of the most difficult and disturbing cases," West said. "Our children are vulnerable and they need to be protected and one allegations like this come forward it's particularly troubling."
In court, Collins pleaded with a judge for his release and explained to the judge that he was pillar in the community and that he wasn't "guilty of this stuff."

But Fayetteville Police say they have plenty of evidence that proves otherwise.

"We'll have 142 charges and we were able to collect enough data, and we feel confident about what we have," said Capt. Whitaker.

Collins is being held at the Cumberland County Jail on a $3.75 million secured bond.

Anyone who has information related to these or other crimes involving this offender is asked to please contact Detective T. Huggins, who is the lead detective in this investigation at (910) 303-5470 or Sergeant P. Smith at (910) 433-1851.