Army willing to discuss renaming Fort Bragg, which was named after a slave owner and Confederate leader 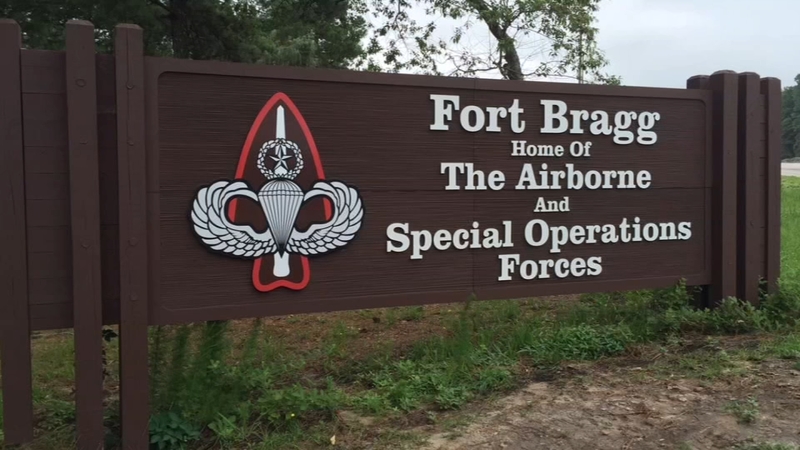 FORT BRAGG, N.C. (WTVD) -- The US Army announced it is now open to having conversations about renaming bases named for Confederate military leaders, according to ABC News.

"The Secretary of the Army is open to a bi-partisan discussion on the topic," Army spokesperson Cynthia Smith told ABC News.

Currently, Fort Bragg in North Carolina is one of 10 Army bases named after Confederate leaders.

The Army base is named after Braxton Bragg. He was born in 1817 in Warren County, North Carolina. He was educated at West Point and began his military career as an officer in the Second Seminole War (AKA the Florida War) from 1835 to 1842.

He later gained acclaim for his successes in the Mexican-American War (1846-1848)--returning to the United States as a war hero. He then met his wife and settled in Louisiana to operate a sugar plantation where he enslaved more than 100 people.

Bragg returned to the military to serve the Confederacy in the Civil War. He saw some early success in the war, but is often criticized by historians for failing to push his advantage after battlefield victories, which allowed Union forces to gain strategic advantages for later in the war.

He also ultimately played a role in losing Wilmington in the Second Battle of Fort Fisher. That was the last major coastal stronghold of the Confederacy.

In February, the Army told reporters at The Army Times that it had "no plans to rename any street or installation." The service said those namings were done in the spirit of "reconciliation," not as a demonstration of ideology.

Fort Bragg was authorized in 1918 and officially named in 1921. This coincides with a time when the last of the Confederate leaders were dying, and a movement developed in the South to preserve their memories. This movement is often known as the Lost Cause.

SEE ALSO: This NC man was one of the most important Civil War leaders, but he was erased from history for 100 years
EMBED More News Videos

A defense official told ABC News the protests following the death of George Floyd were the catalysts for the Army's willingness to have this renaming conversation.

Floyd was killed in Minneapolis at the end of May. Four former police officers were charged in his murder after officer Derek Chauvin kneeled on Floyd's neck.