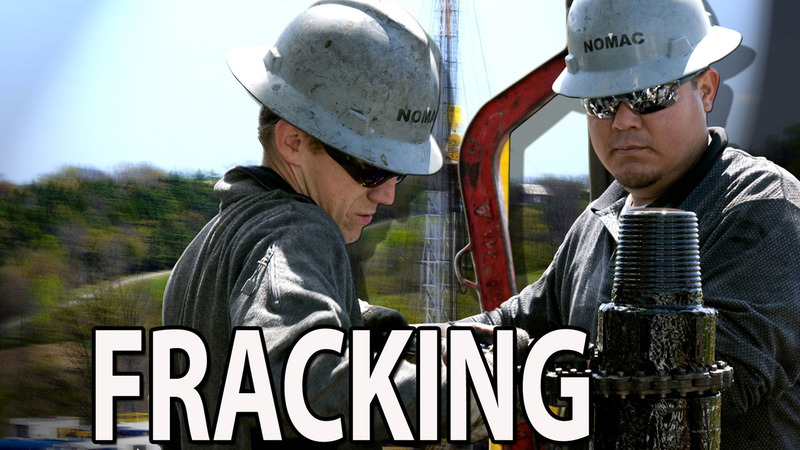 RALEIGH (WTVD) -- After years of wrangling by lawmakers, commissioners, and North Carolinians, the Tar Heel State is now open for fracking. Tuesday, the application process opened up for companies interested in drilling for natural gas in North Carolina.

Critics came out swinging, charging that the new rules, which also went into effect, are poorly crafted and don't keep the promise made by lawmakers in recent years that they would ensure North Carolina had the strongest fracking laws in the country.

"The rules are simply insufficient to move forward with the issuing of permits," said Sen. Mike Woodard (D-Durham). "We've been promised over the last five years that North Carolina would have the nation's toughest fracking rules, and here we are at zero hours and we do not have those rules. We need to stop, slow down and we need to spend more time living up to the promise we made to the people of North Carolina to implement the nation's toughest rules."

Concerns about the new rules run the gamut from lack of local control to the question of who pays for damage done by fracking equipment to the concern over major environmental disaster.

"Whatever somebody feels about the issue of fracking, what you have to recognize is, just like any other industry, there will most likely be some sort of accident," said Reives, "and if we don't have appropriate bonding for these companies coming in then that will be left for the taxpayers to pay for that."

Reives also worried that local governments are shutout of the process and have little control over fracking in their backyard.

"We ought to allow local governments to have the right to regulate the noise," said Reives. "We ought to have them have the right to be able to regulate where they can do their fracking, what neighborhoods are affected. We want local governments to have the opportunity to regulate fracking. Right now, we've got issues galore with the rules with the fact that they do not address who's going to pay for all the damage, whenever trucks are coming back and forth on your roads in your counties. How do you get that damage paid for?"

But David McGowan, with the North Carolina Petroleum Council said the rules have been carefully crafted over three years and says they may, in fact, amount to the strictest in the country.

"There's 34 states that have gone before us," said McGowan. "It's not like we're recreating the wheel here in North Carolina. This is an ongoing process and as technology develops and as procedures develop and as standards develop, this needs to be an ongoing rulemaking process. That's something we'll have in North Carolina. We're always adjusting and improving our rules to make sure this is done safely and responsibly."

McGowan later reached out to ABC11 to say he misspoke - there are only 33 states that have gone before North Carolina.

It's been an open question as to whether energy companies will want to set up shop in North Carolina. No one can say for sure just how much natural gas is underground. But McGowan says he believes there to be "a lot of interest."

"They wanted to see the rules become affected," McGowan said. "They wanted to know the regulatory operating environment that they would be under. And they also want to understand what the resources are here. Part of that process is getting rules in places so they can go do the exploratory drilling and the exploration they need to understand what the resource is and how best to go about producing that. I think we will see meaningful interest in North Carolina. I don't know if that will be tomorrow or a year from now but I do think we'll see meaningful interest."

Even for companies applying Tuesday, the process could take months. Companies first have to apply for a unit of land to build on. The Mining and Energy Commission will review those applications at scheduled meetings (the next is set for mid-June). Then energy companies submit a final application to the NC Department of Environment and Natural Resources.