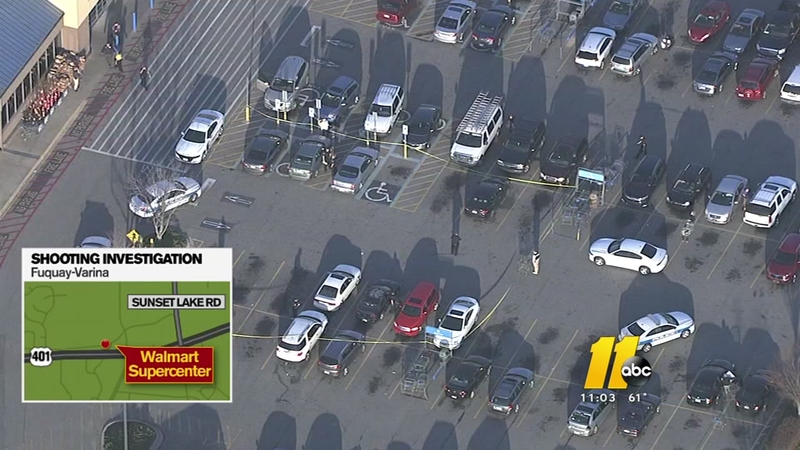 FUQUAY-VARINA, NC (WTVD) -- Fuquay-Varina Police are investigating after two people were injured after a shooting call Friday in the parking lot of Walmart at 1051 E. Broad St.

It happened about 4:25 p.m. Police said a man approached a black Ford F150 occupied by two people, engaged in a confrontation and shot several times into the vehicle.

Police said the suspect then ran off and left in a white passenger four-door vehicle, possibly a Jetta or an Acura, with a possible tag with the letters "EMB."

The Ford pickup also drove away. Police said they later found the two victims - ages 18 and 17 - at WakeMed Apex.

Police did not immediately make clear whether the victims were shot or were injured in another manner, such as shattered glass.

The suspect was described as a black man with a medium complexion, a short afro hairstyle, with a thin build (about 140 pounds) and wearing a red short sleeve shirt, white pants, and white tennis shoes.