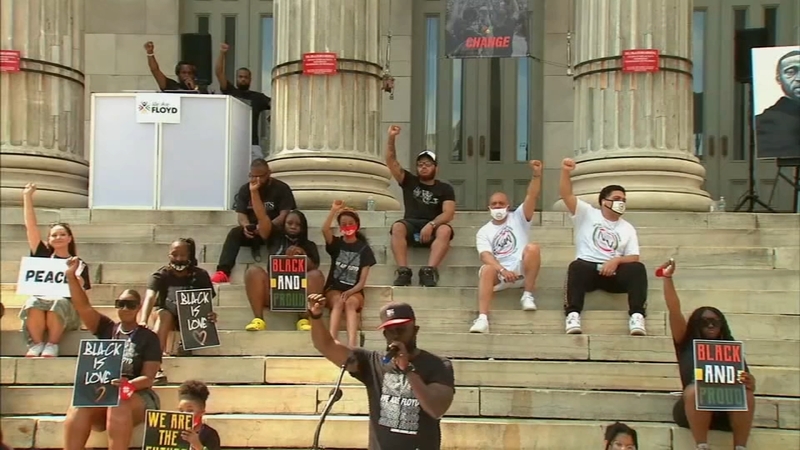 RALEIGH (WTVD) -- ABC11 spoke with a member of George Floyd's family Sunday, who says the family will be releasing more information about a virtual memorial Monday afternoon and on Tuesday.

"This year has been a roller coaster," said Terrence Floyd. He spoke in New York about the turmoil his family has been through, as a crowd pays tribute to his brother George Floyd, nearly a year after his murder.

On May 25th Floyd suffered for more than 9 minutes under the knee of now-fired Minneapolis Police Officer Derek Chauvin, who is now awaiting his prison sentence.

Terrance Floyd told those gathered to stay vigilant and to keep fighting for racial justice and police reform.

"You have to know how to communicate with my culture, our culture, in order for there to be complete change. And once there is complete change we ain't even got to be marching and fighting for justice," said Floyd.

For the past year, some believe Floyd's murder has forced Americans to look at themselves and deal with the country's uncomfortable, complex history with race and systemic racism.

Some of that awareness has led to the George Floyd Justice in Policing Act of 2020.

If it becomes law, the bill aims to provide more transparency and accountability for tracking and reporting police misconduct. It would also create uniform standards in policing practices and use of force and training to prevent racial profiling.