'It gives me the chills': Chauvin murder trial raises feelings of racial trauma for many in Triangle 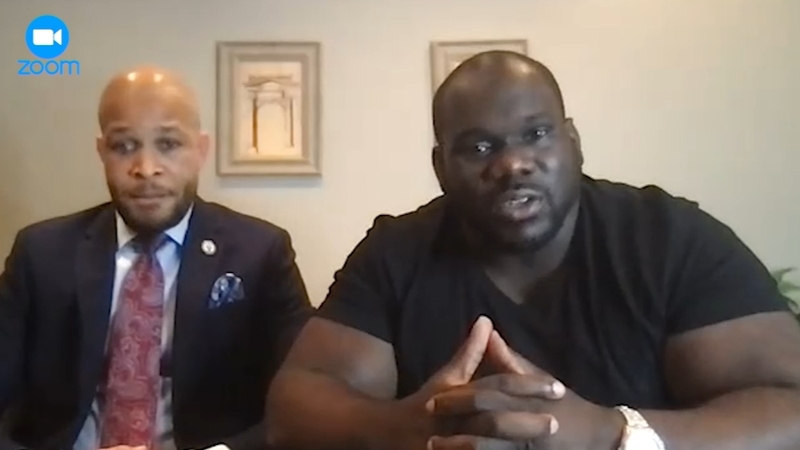 RALEIGH, N.C. (WTVD) -- For many, it's like reliving the trauma all over again. Derek Chauvin's murder trial; Re-watching George Floyd's final moments is reviving the traumatic feelings many had, especially people of color.

"We think about it on a spectrum of race-based stress to race-based trauma," said Dr. Ashly Gaskin-Wasson, a Durham psychologist who specializes in race-related stress and trauma (RST). "When you see a Black person be killed or harmed or treated unfairly, you are more likely as another Black person, to identify closely with them and know that what occurred to them as something that could particularly happen to you or other family members."

Gaskin-Wasson encourages people to seek help for symptoms, if needed, but worries that some may feel like something is wrong with them rather than the discriminatory act if they go to see a psychologist.

"The issue is located within society and not the individual," Gaskin-Wasson said. "Your responses and reactions are normal."

It was August 2019 when Kazeem Oyeneyin first told his story of racialized trauma to ABC11. It happened on a Saturday morning at his home in north Raleigh. Police officers arrived in response to a false alarm with Oyeneyin's home security system.

Oyeneyin, in his underwear, tried and failed to convince the white responding officer that he lived in the home. He was handcuffed and hauled outside. He called it the most humiliating moment of his life -- suspecting he was treated as a criminal and not the homeowner because he's Black.

Race-related stress or trauma can evoke depression and increased heart rate. For Oyeneyin, he says watching the Chauvin trial brings back those feelings of anxiety that followed his own experience with police.

"I've been watching the trial on news and when I see it, it's heartbreaking. It gives me the chills," Oyeneyin said. "Even when I drive and I'm on the road and see police vehicles, I get shaky. I start to shiver. I'm scared for no reason. That's the worst part, it's for no apparent reason -- just cause I'm Kazeem, just cause I'm Black, or just because I'm big."

Gaskin-Wasson said that what Oyeneyin is feeling, "Would fall under the re-experiencing symptoms -- when you engage with reminders of your trauma, you have a very strong physiological reaction."

She suggests putting up some barriers: maybe taking a break from the trial news; maybe shutting off your social media for a while.

As for Oyeneyin, he's filed a federal civil rights lawsuit against the officers involved that day. The case now in the early stages of litigation.