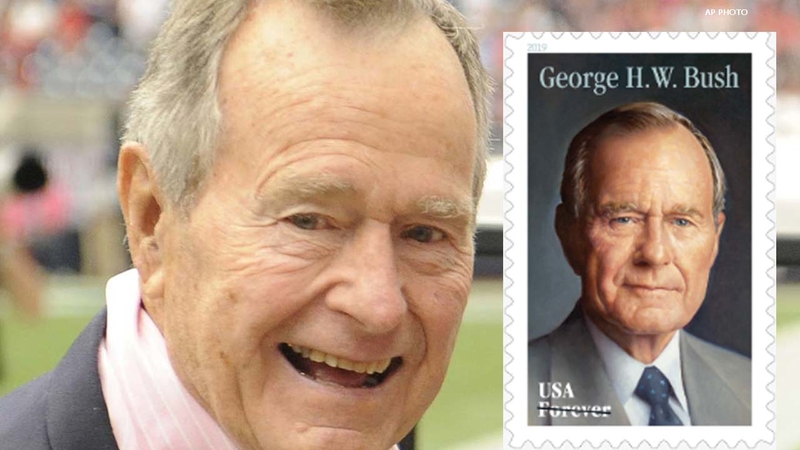 The USPS says Bush 41, as he's affectionately known for serving as the 41st president of the United States, is being honored for guiding the country through the end of the Cold War and being an advocate for public service through his hallmark "thousand points of light" vision.

The stamp is a portrait of the late former commander-in-chief, painted by award-winning artist Michael J. Deas. The portrait is based on a 1997 photograph taken by Timothy Greenfield-Sanders.

People could pre-order the stamp for delivery on or after the first-day-of-issue ceremony, which is today and also the president's birthday.

The ceremony will be held at the George H.W. Bush Presidential Library and Museum in College Station, Texas.