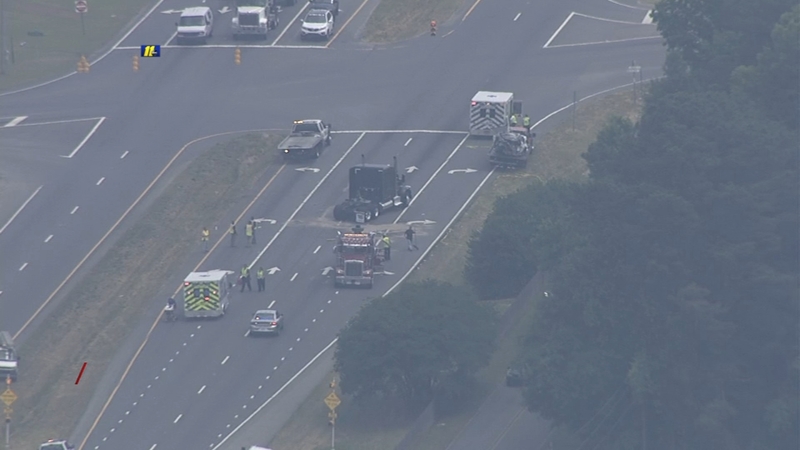 3-year-old killed in crash in Goldsboro

GOLDSBORO, N.C. (WTVD) -- A 3-year-old boy has died after a truck crashed into the vehicle his mother was driving in Goldsboro on Tuesday.

The crash happened near the intersection of Highway 70 and Oak Forest Road.

According to the North Carolina State Highway Patrol, a Goldsboro police officer in an unmarked car was attempting to stop a pickup truck. Goldsboro police said someone had complained of a vehicle traveling at a high speed and in a reckless manner.

Officers initiated a traffic stop and the driver did not respond to the blue lights or siren, police said.

The driver of the truck then crashed into the vehicle carrying the mother and child, pushing it underneath a semi truck.

The highway patrol is investigating the crash.