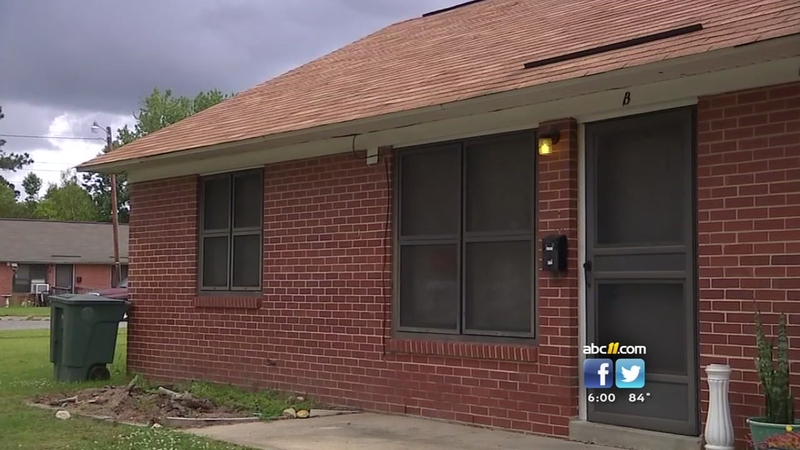 GOLDSBORO (WTVD) -- Goldsboro police are carrying out a death investigation after human remains were found inside a woman's deep freezer.

It happened in the 1700 block of Holly Street on Friday night. The remains were sent to the NC Medical Examiner's Office for identification.

Wednesday, police said the person in the freezer died of natural causes, but were waiting to release the name until next of kin can be notified.

The woman who made the gruesome discovery told ABC11 she knows the body is that of her elderly neighbor who no one had seen since early last fall.

The woman, referred to here as Jane, didn't want to be identified. She said she bought the deep freezer from her neighbor's daughter three weeks earlier at a yard sale. Jane said the woman referred to the freezer, sealed shut with duct tape around the lid, as a time capsule she was keeping for her church.

"That kind of thing doesn't happen inside my house." Woman finds human remains in deep freezer. @ABC11_WTVD at 4pm pic.twitter.com/gMs65ofGjk

"She told me that if I could keep it here and keep it sealed until the church came and picked it up, got the contents, I would be able to keep the deep freezer afterward," Jane said.

But Jane said just like the woman's cat, which was left abandoned on her front stoop, so was whatever was left inside the freezer. After three weeks went by, Jane couldn't wait any longer to open it.

"I had already made the decision that I really needed to open it because everything was just so sketchy," Jane said. "And I had even had the idea that maybe her mom was in there.

"I went in there and I opened it up," she said. "Lifted the lid and I saw a foot. And I put the lid back down and I tried to analyze what I just saw. And it looked fake so I opened it again and I looked again. But then I recognized the foot. It was her mother's foot."

Jane called 911. While officials have not yet identified the body, she is certain who it is.

"I'm glad that I was the one who was chosen to be able to find her mother so that that poor woman can rest," said Jane. "She's been in a freezer for like eight, nine months possibly."

Police said they were investigating the case as a felony concealing the death of a person.