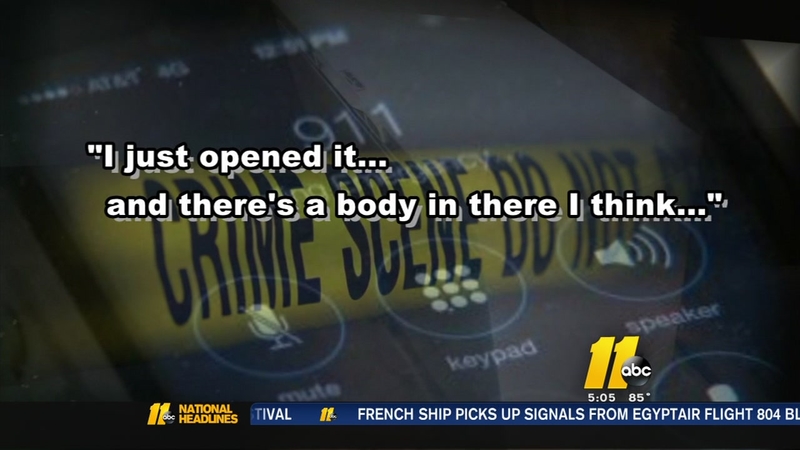 Goldsboro police are not revealing the victim's name while officers notify next of kin, but they said it is that of a woman from Goldsboro.

The medical examiner listed her death as natural with no signs of foul play. The body was found to be intact.

ABC11 talked with a woman who, on Friday, discovered the body inside a deep freezer she bought from her elderly neighbor's daughter.

"Um, I have a serious problem," the woman said in a newly-released 911 call. "My neighbor sold me a deep freezer. I just opened it and there's a body in there, I think."

The caller, who will be referred to as Jane, didn't want to be identified. She said she's certain the body is that of her neighbor who's lived two doors down with her daughter for several years.

Jane said she bought the freezer from the woman's daughter in early May and that it was sealed shut with duct tape. She said the daughter was moving out of state and told her not to open the freezer, which she referred to as a time capsule, until members of her church could come by and collect the contents inside.

She said she recognized the foot as that of her elderly neighbor who she last saw in late September, after the woman had seemingly suffered a stroke.

"She was over there sick," Jane said of the woman's apartment. "And I had her push up against my hands to see if she had equal strength. Her foot kinda got etched in my brain."

Now another image, just as gruesome as it is perplexing, will be hard to forget.

Goldsboro police are investigating the crime as concealing or failing to notify the death of a person, which is a felony.