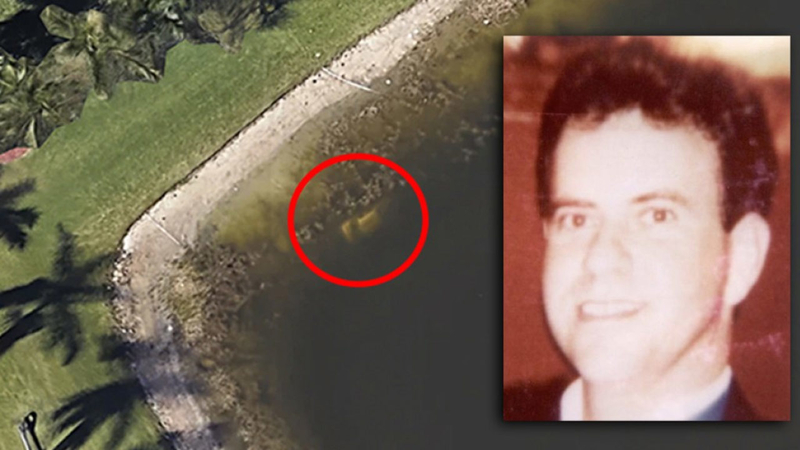 WEST PALM BEACH, Florida -- Google Earth and a drone helped some Floridians crack a 22-year-old cold case, but there are still some unanswered questions.

WPTV reports there was a startling discovery made just across the street from Brian and Lori Martin's home in Grand Isles.

"They did come knocking on our door and ask how long we have been living here and we said 'about 9 years' and they said 'did you realize that there was a car in the lake?'" resident Lori Martin said.

In August, detectives with the Palm Beach County Sheriff's office pulled a 1994 Saturn SL from a retention pond off Moon Bay Circle.

They were tipped off by someone who used to live in the neighborhood and spotted the car on Google Earth.

Someone who lives there now then used a personal drone to take a closer look.

Investigators were called to the scene. Inside the car, they found the skeletal remains of William Earl Moldt who was reported missing in November 1997.

"I'm sure the family has been looking for him," Lori Martin said.

Moldt was 40 years old when he disappeared. He would be 62 years old today.

His girlfriend at the time says they spoke on the phone a couple hours before he left an adult night club.

He's believed to have had several drinks before leaving alone on November 7, 1997.

"If there is an upside to this is that the family finally knows what happened to their loved one and like my wife said we give condolences to that family," Brian Martin said.

It's still not clear exactly how the car ended up in the pond.