What the government shutdown means for North Carolina 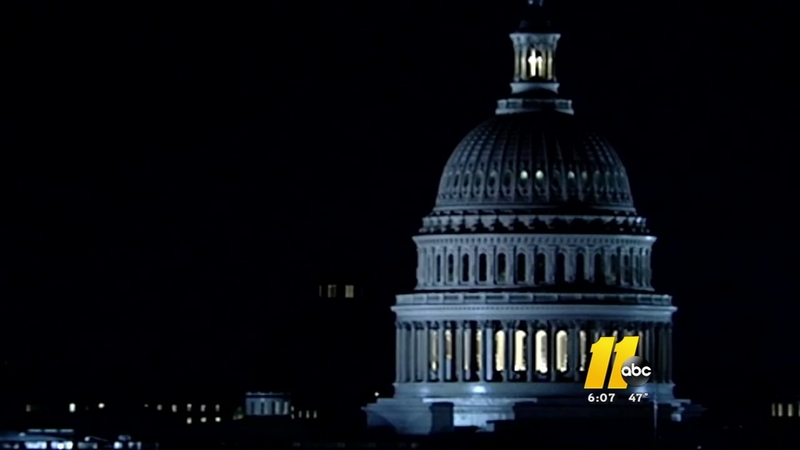 The government shutdown is leaving some federal employees in North Carolina in limbo, and individuals looking for a pathway to citizenship.

Viridiana Martinez is frustrated by the federal government shutdown.

"I don't see how this gets us anywhere closer to an actual solution."

Martinez arrived to the US from Mexico at age 7.

In 2012, under the Obama administration, she was awarded a DACA clearance, also known as Deferred Action for Childhood Arrivals to stay in the country legally and work.

Under the Trump Administration, DACA will end in March.

Democrats and Republicans failed to come to a bipartisan agreement to keep the government funded Friday.

Dems wanting to include immigration protections.

Republicans wanting to table the issue.

"Democrats forced a shutdown of the federal government putting partisan politics over our service members, veterans and kids relying on the children's health insurance program. This is hostage taking and will not stand."

Congressman G.K. Butterfield said "Once again, Republicans have shown they are unable to govern."

In a tweet Governor Roy Cooper said: " I am deeply disappointed that Congress and the President are failing to meet the very basic obligation of funding the government."

President Donald Trump tweeted: "This is the one year anniversary of my presidency and the Democrats wanted to give me a nice present. #DemocratShutdown.

"We need congress to actually work." Said Martinez. "We need Republicans to talk to Democrats. We need Democrats to talk to Republicans. So that taxpayers like me can be protected by legislation."

The showdown in Washington also impacting services at Fort Bragg.

"What we're asking is for all civilians to come to work Monday morning. And at that time, we will take every step we can to let them know who is being put on furlough and who is not being put on furlough."
Report a correction or typo
Related topics:
politics
Copyright © 2022 WTVD-TV. All Rights Reserved.
TOP STORIES
LIVE COVERAGE: Winter storm arrives in NC
Why do we get freezing rain instead of snow or sleet?
Hostages in N. Texas synagogue 'out alive and safe,' Gov. Abbott says
School Closings
Find out which schools are closed in your district.
Gov. Roy Cooper warns all to prepare now for winter weather
Man shot, killed by officer at Duke University Hospital
AMBER Alert canceled for missing Durham 9-year-old boy
Show More
Tsunami advisory issued for US after volcano explosion
Netflix raises subscription prices again
N95 vs. KN95 masks: What's the difference between them?
Lee County deputy shot, expected to recover
Questions arise at vigil for man killed on I-440 by Raleigh police
More TOP STORIES News