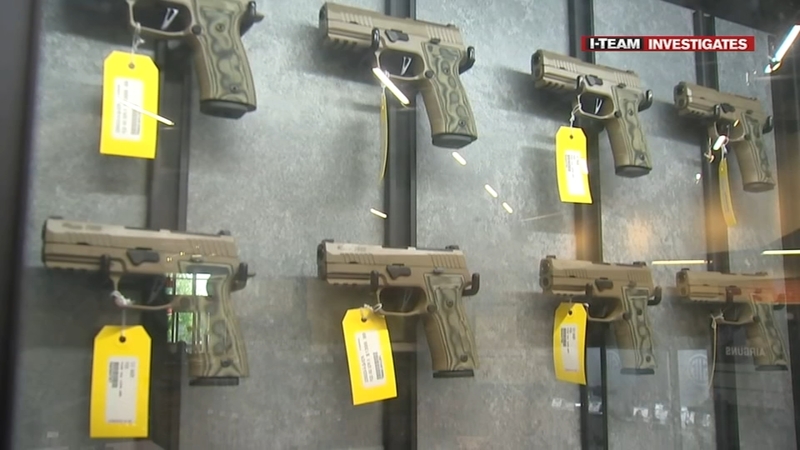 Major proposal could overhaul how to buy a handgun in NC

RALEIGH (WTVD) -- A major proposal to overhaul gun laws in North Carolina is moving through the General Assembly and for the first time ever has the support of the North Carolina Sheriffs' Association.

House Bill 398, which passed the House of Representatives earlier this month, proposes a full repeal of the current system of requiring a permit from a buyer's local sheriff's office before purchasing a pistol. By law, the permit is required at federally licensed gun dealers, gun shows and online.

The permit system, which dates back to 1919, for years was defended by the Sheriffs' Association as being more robust and safer than the National Instant Criminal Background Check System (NICS), which was created by the federal Brady Bill in the 1990s.

"The sheriffs have access to their own records, court records and state criminal records. They also get information on whether or how many times someone seeking a handgun permit might have called law enforcement agencies and whether they had or have any mental health issues. " the Association posts in an editorial on its website, dated June 10, 2015. The editorial was also published in the Carteret County News-Times. "This system is working. It is not broken. In the case of public safety, that means everything!"

Fast forward to May 5, 2021, Executive Vice President and General Counsel Eddie Caldwell was quoted by House Republicans in a news release after HB398 passed its final reading:

At least eight states currently require a permit to purchase a handgun: North Carolina, Connecticut, Hawaii, Maryland, Massachusetts, Michigan, Nebraska and New Jersey. New York, Illinois and the District of Columbia, meanwhile, require a permit to even own a firearm.

"So clearly we see that these laws translate into either lives lost or lives saved," Becky Ceartas, Executive Director of North Carolinians Against Gun Violence, said. "Say (sheriff deputies) have been called out to somebody's house for domestic violence but there's never been a conviction, but this has happened time and time again. You know that person maybe shouldn't have a pistol purchase permit. A sheriff would know that and be able to exercise discretion."

The NICS system, which first went online in 1998, has led to more than 1.5 million denials of firearm purchases. Salesman and safety instructors at the Triangle Shooting Academy said they've seen the NICS system work efficiently.

"I think the biggest thing for me is, when you look at what's going on in the world today, doing a background check at the time of sale is the most crucial thing," Justin Card, the ATF Compliance Manager at the Triangle Shooting Academy, said while also warning that the NC pistol permit stays valid for five years after being issued.

Indeed, any argument that a permit process would impinge on gun sales would quickly evaporate when confronted with data from the Wake County Sheriff's Office. In 2020, the Sheriff issued more than 57,000 permits - more than three times the number of permits issued in 2019 (more than 15,000).

Two Democrats joined all but one Republican in voting for HB398 in the House, and should the Senate bring the bill to the floor it's likely to pass as well with a healthy Republican-led majority.

To become law, however, Governor Roy Cooper will have to sign the bill.