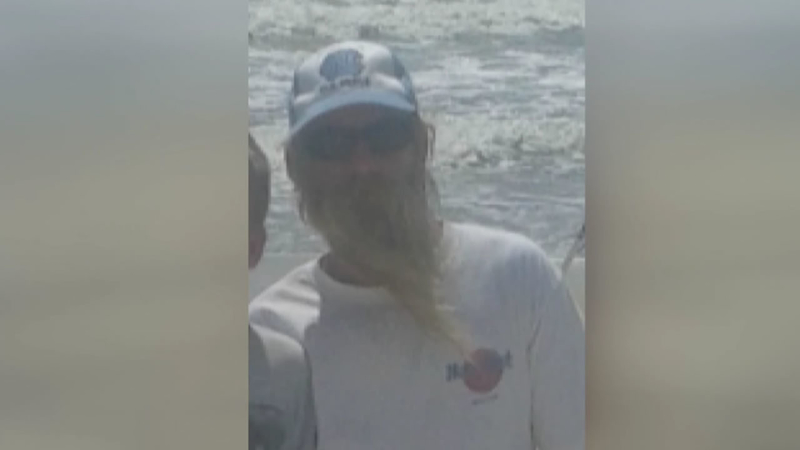 Man buried as friends struggle to understand why deputies shot him

Those three powerful words were scrawled among a dozen signatures on a Budweiser can that was lowered into the ground with John Livingston's body Wednesday.

Friends signed a Budweiser can to bury with Livingston.

Livingston was shot and killed by a sheriff's deputy on November 15.

About 100 people were on hand for his burial at Gourd Cemetery in Spring Lake. Todd Ackerman was among them.

"He was the first person I met when I moved out here to Harnett County in 1997," Ackerman said. "I wouldn't know half these people if it weren't for John."

Ackerman said he worked with Livingston in construction for years and describes his friend as a gentle soul.

"We just got finished, six months ago, doing a house for Habitat for Humanity. He didn't deserve this, not at all. He wasn't violent," he said.

That's what has Livingston's friends and family so confused and angry at the Harnett County Sheriff's Department. So far, the sheriff hasn't said why deputies were at Livingston's house or why they shot him.

"There's no violence in that man," said Stephen Hein, another of Livingston's friends. "None whatsoever. What's the point of that officer having hand-to-hand combat training or whatever when it's just going to come down to doing what they done?"

Deputies showed up at Livingston's house around 3:30 in the morning and, according to the family, kicked down the door when Livingston told them to get a warrant.

The sheriff's department has offered no counter-narrative and a spokesperson for the State Bureau of Investigations said deputies were working another case that led them to Livingston's house.

"We're being told nothing," Ackerman said. "I think it was an excessive use of force if you really want to know the truth."

So as Livingston's loved ones wait for official answers, they wrestle with a death they say makes no sense and remember a father of three who was loved in life as a gentle man.

"I just really appreciate him being a teacher and good friend," said Hein. "He was awesome man."