The new Harris Teeter in Brier Creek has people coming for more than just groceries.

Editor's note: Our story on the new Brier Creek Harris Teeter was so popular (specifically for one reason, their bar) we just had to go back. So we sent the intern, because after all, they know a few things about bars, don't they?

Everyone knows you can buy alcohol at the grocery store, but at the new Harris Teeter in Brier Creek, you can also drink it.

The recently-opened store is the eighth Harris Teeter location to feature a bar - the first opened in Charlotte three years ago. But why put a bar in a grocery store? Danna Robinson, spokeswoman for the company, said the idea is to facilitate a neighborly atmosphere and richens the overall amenities of the store.

"Our shoppers enjoy visiting with friends and neighbors at their Harris Teeter, so the introduction of such amenities as Starbucks or a wine/beer bar which provide more space and offerings for people to sit and stay awhile seems a natural stitch in the fabric that is Harris Teeter," Robinson said.

The bar serves local beer and wine. It also provides additional seating space for shoppers to eat dishes from the store's food market rather than having to bring them home.

Some supermarkets have recently chosen to let customers drink while they shop. That is not the case at this Harris Teeter, however. Shoppers are asked to keep their beverages in the bar area, which perhaps makes it better suited for a quick drink after shopping is finished.

Wilfrid Chandler, a local, was sipping a beer at the bar this afternoon. He came to the store to shop, but decided to try out the bar when he saw it.

"I thought it would be real nice to take a break halfway through and have a beer," Chandler said. "I like it."

Robinson said the bar also exists to support the local community. The Triangle has become known for its thriving craft beer scene, and many of the brews on tap at Harris Teeter are brewed in the area. 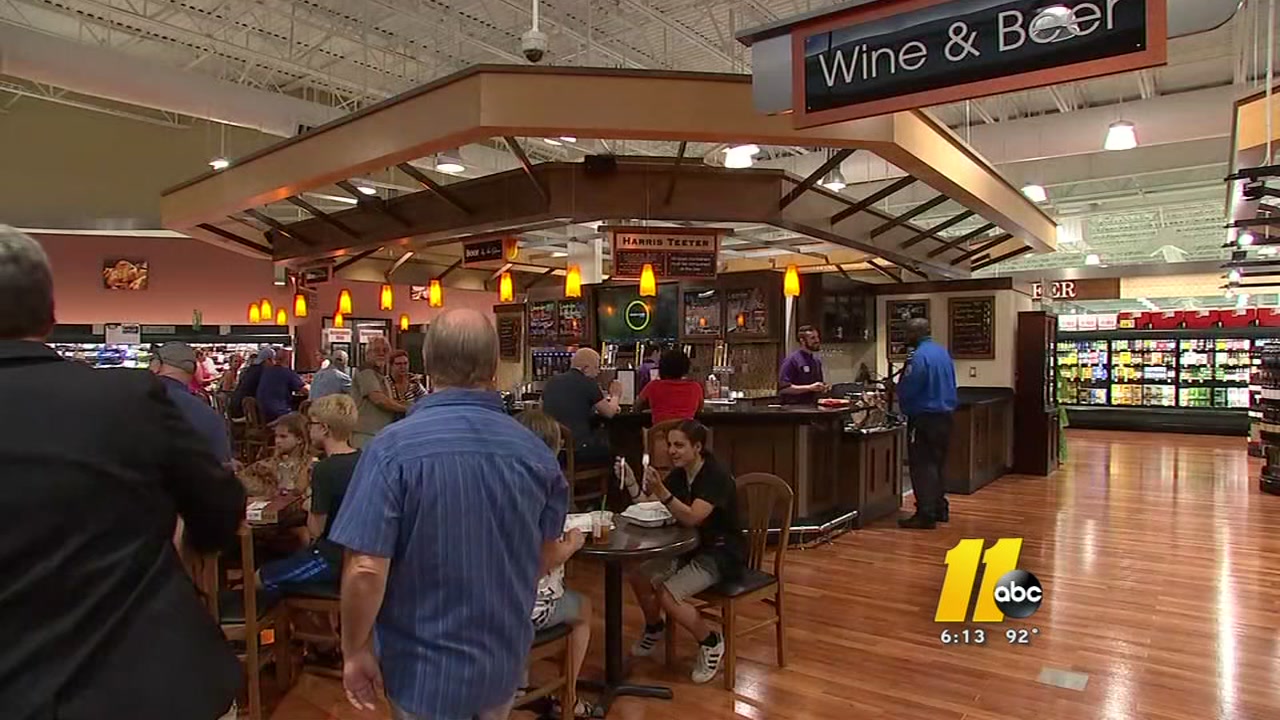 Brier Creek boom continues with Harris Teeter 'with a bar'