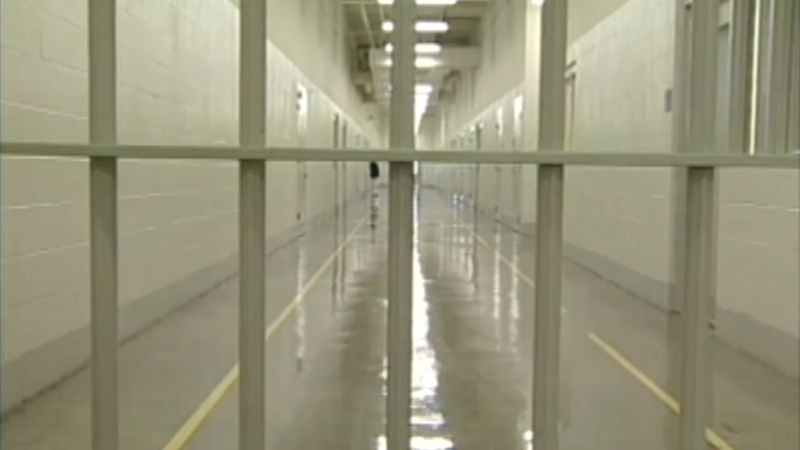 BUTNER, N.C. (WTVD) -- Three more inmates have died from COVID-19 at Butner Federal Correcional Institution, according to releases from the U.S. Bureau of Prisons.

This comes as the North Carolina Department of Public Safety announced it will be considering releasing state prison inmates to cut down on the spread.

According to one release, Nixon went into respiratory failure on March 29 and was taken to a hospital, where he died on April 12. Officials siad Nixon had long-term, pre-existing medical conditions. He was in prison on charges related to drug distribution.

Williams was taken to the hospital on April 5 and died on April 12, officials said. He also had long-term, pre-existing medical conditions, according to the prison. He was serving time for armed bank robbery and possession of a firearm by a convicted felon.

The Bureau of Prisons said the man they identified as John Doe was taken to the hospital on March 30 after going into respiratory failure. Doe, who was sentenced to prison for making materially false statements, died on April 13 at the hospital.
All three men were inmates at the medium security facility at the prison complex, where at least 45 inmates and 22 staff member have tested positive for COVID-19, according to the U.S. Bureau of Prisons.

Over the weekend, 81-year-old Charles Richard Rootes died from complications from the disease. He was in jail on charges of kidnapping, vehicle theft and rape. Authorities say he also had long-term, pre-existing medical conditions.

Across the complex, 82 COVID-19 cases and four deaths have been reported.

The American Federation of Government Employees, a union representing federal employees calling on lawmakers to provide hazardous pay to workers on the frontlines.

The Bureau of Prisons said staff members and inmates received masks last week and are required to wear them any time social distancing is not able to take place.

Any staff member that works in isolation areas or in close proximity to an inmate with COVID-19, or COVID-19 symptoms, is provided and required to wear the appropriate PPE (N-95, gown, gloves, etc).

Thirty-seven state prisoners and 20 staff members have tested positive for COVID-19, according to the Department of Public Safety.

On Monday, DPS said it will be considering releasing inmates to cut down on the spread.

The 500 inmates being considered right now for an early release from jail cannot have been convicted of a violent crime.

During a press conference today DPS Secretary Erik Hooks said priority will be given to those with scheduled release dates this year:


"We will not release anyone unless the risk assessments define for us that we can do so as safely as possibly," said Hooks.