ABC11 Together highlights the strength of the human spirit, good deeds, community needs, and how our viewers can help
WTVD
By Amber Rupinta 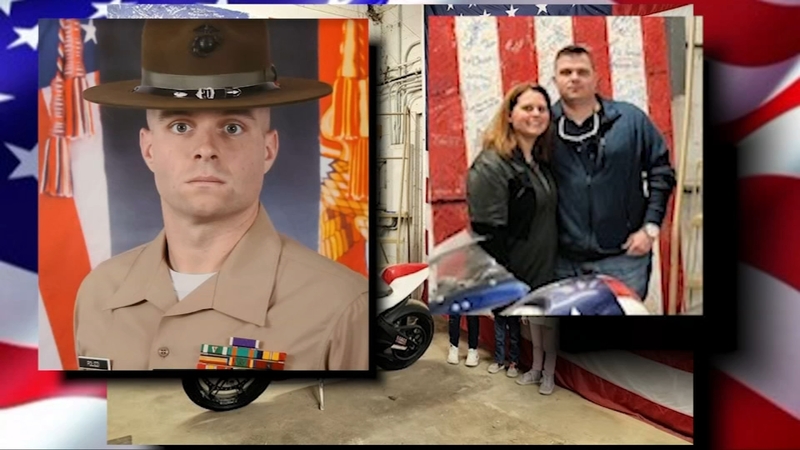 GARNER, N.C. (WTVD) -- The recipient of Hero Home 23, Marine Staff Sgt. Matthew Polizzi was surprised on ABC11 one week before Christmas with the ultimate gift.

He learned that he and his family would be receiving a free new home through Operation Coming Home.

"He served for fourteen years, deployed four times, and received the Purple Heart from an injury in Afghanistan," said Paul Kane, executive vice president and CEO of the Home Builders Association of Raleigh and Wake Co.

"He and his wife have three kids all 10 and under," Kane said. "And, for the past 10 years, they have just moved constantly. His wife said, 'our 10-year-old has lived in eight different homes."

Operation Coming Home has been building Hero Homes since 2008 in Wake County through a partnership with the Home Builders Association of Raleigh and Wake County and the US Veterans Corps.

"It's in the community of Oak Park, in Garner North Carolina," said Donna Kemp, Mattamy Homes vice president of sales. "It's very conveniently located very close to the White Oak area. We've chosen a beautiful home site for them, and they get to come in and choose their selections and personalize it just for them.

Polizzi and his unit were on a security patrol in Afghanistan in 2010 when they came under heavy enemy fire. Polizzi quickly created and detonated a bomb that saved his entire unit, allowing them to pass only later to come under fire again. Polizzi was shot in the leg. He was treated for five weeks at an airbase, then finished his deployment.