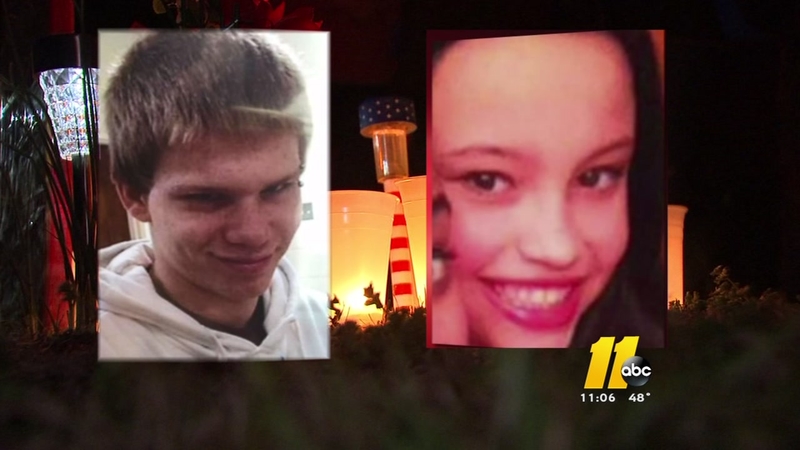 BROADWAY, North Carolina (WTVD) -- It's been one year since two teenagers were killed by a hit-and-run driver on a dark highway in the town of Broadway in Harnett County.

Loved ones gathered in a candlelight vigil Monday night to honor their memory and in a renewed call for justice.

"To my dying day I will make sure I get justice for my son," said Heidi Hayden.

Loved ones gathered in a candlelight vigil Monday night

Her son was 16-year-old Kyle Strait.

He was walking with four other friends around 11 p.m. on January 16 last year.

At 11:Vigil marks one year since 2 teens were killed in hit-and-run on hwy 421 in the town of Broadway #ABC11 pic.twitter.com/mx2ru74rKM

The group was walking back from a convenience store along Highway 421 when someone drove down the highway and hit Strait. He didn't survive.

Hayden said on that same day, just more than 12 hours before she got the call every parent dreads, she suffered a heart attack. One year later she's doing better physically, but emotionally, it's been tough.

"My heart will never be the same, because Kyle is gone," Hayden said.

Also killed that night one year ago, was 13-year-old Jennafer Schark. Their 14-year-old friend, Steven Daniels, was critically injured.

Schark's older sister was also in the group that night.

"We were about to watch a movie and she wanted candy," said Jessyka Schark about her sister, "So we decided we were going to go and get some candy."

It's a decision Jessyka wishes she could take back.

"I miss my sister more than anything," Jessyka said, "It's hard. Her birthday is coming up. The holidays were hard."

As far as the investigation is concerned, Hayden said investigators have been touching base with her during the past year. She said there have been a few leads, but still no one has been arrested for the hit-and-run that took two teenagers and changed the lives of so many.