Man and woman killed by Amtrak train in Durham 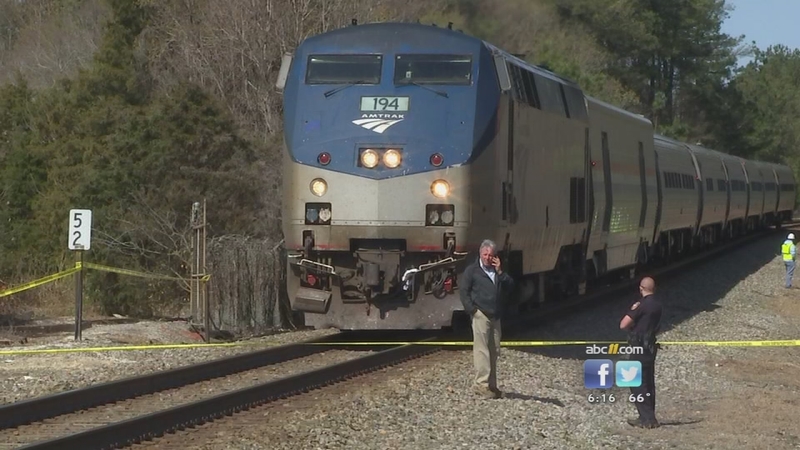 DURHAM (WTVD) -- The Durham Police Department says a man and a woman are dead after they were hit by an Amtrak train in Durham Sunday morning.

The area is behind a Kroger grocery store at 3457 Hillsborough Road. It happened at 9:48 a.m.

The pair has been identified as Derek Lowe, 38, and Tina Lowe, 33. Police said they were husband and wife.

An Amtrak spokesman confirmed the train originated in Charlotte and was headed to New York. The train, carrying 166 passengers, was at a standstill for two hours and 43 minutes as investigators cleared the scene.

With the exception of one man who fell ill during that time, there were no issues or injuries involving the passengers or conductor.

It's not clear why the couple was on the tracks.

One man told ABC11 he often assisted the pair, who may have lived in a homeless camp on the other side of the tracks. He had seen them early last week.

"The last encounter I had with the man and woman was they had a grocery cart and they had a few items in it," said James Thompson. "They asked me would I use my truck to go over there because crossing the railroad tracks was so bad, and so hard with the cart."

Thompson, who met the pair while collecting scrap metal, became teary-eyed talking about them.

"They'll come up to me and want me to give them a little something," he said.

"When you see a person that's in dire straits, be kind to them," Thompson continued. "Don't condemn them. They've got a heart."