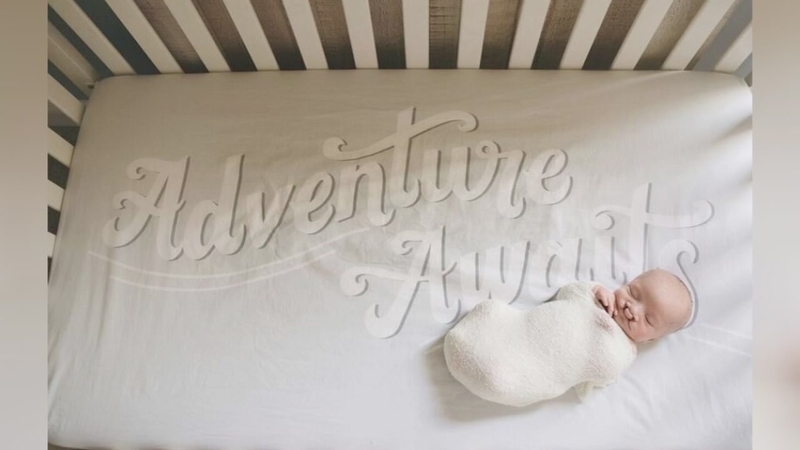 HOLLY SPRINGS, N.C. (WTVD) -- On Thursday, Camden Jones will celebrate his first birthday, which is a more meaningful milestone in the face of his situation.

"I was just unwilling to accept it," Camden's mother Heather Jones recalled.

The "it" in this case was STXBP1, one of the world's most rare-genetic conditions.

Jones said only 300 people worldwide have been diagnosed since the condition was discovered a decade ago, but a cause and cure are still unknown.

STXBP1 affects individuals differently - some are afflicted with seizures, while others are developmentally delayed.

While Jones is thankful Camden has not experienced any seizures, she noted that he has the capacity of a four-month-old, which is well behind where he should be at this stage of his life.

"We've got him in physical therapy, occupational therapy, just trying to work on all those skills he's got so far," said Jones.

Camden was also born with a cleft lip, which he has since had surgery to correct.

Jones said Camden has made great progress over the past few weeks. His progress is why she'll head out to Womble Park in Holly Springs on Thursday and run 36.5 miles, which is representative of the 365 days Camden has been alive.

"I've done marathons. So to me, I know for a lot of people, that's crazy, but I was like 'that's not outstanding,' I need to something that sets it apart for Camden because he has overcome so much," said Jones.

She plans on starting around 4:00 in the afternoon, and expects it will take six to seven hours to complete. Jones said that some of her friends have committed to running portions with her.