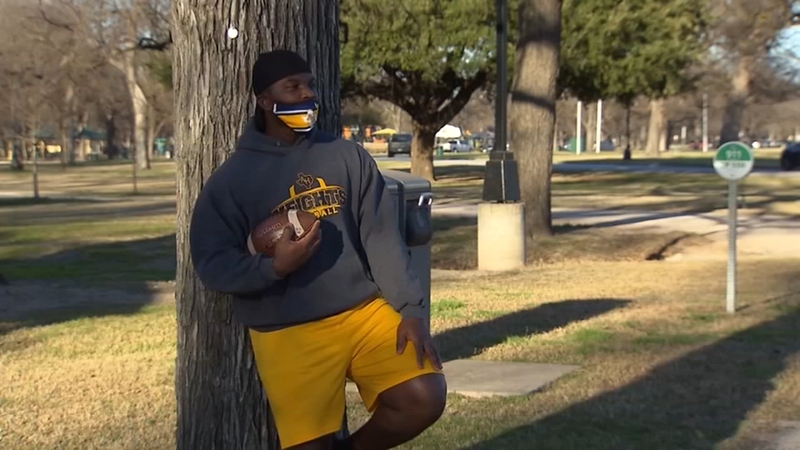 FORT WORTH, Texas -- A high school senior, who had never picked up a football until 2019, has now signed to play football at college level.

"I couldn't throw it. Normally, you have to hold the ball at the letter part," Leslie Adindu, who plays for Arlington Heights High School in Texas, told KTVT. "I didn't know you had to do that. I just flung it, and it didn't go far."

Adindu is originally from Nigeria, where they don't play American football.

His team's coach, Charles Perry, saw Adindu and knew he had potential. He convinced Adindu to try the sport.

"When we first started, I mean, he couldn't even get in the stance," Perry said.

When Adindu didn't log in, his team wondered where he was. That's when they learned he was living in a shelter.

Adindu became homeless after getting into a fight with his father, who then moved out of state.

But his coaches knew he had talent. So they made a highlight tape of him in practice games and sent it to different universities.

"In a situation like this, you hope a school comes in and takes a chance on a kid," one of the coaches said.

A handful got in touch, including Southwest Baptist University in Missouri, where he recently signed his letter of intent.

Adindu tells everyone he doesn't show emotion, but he said he just can't believe "that I really signed a letter of intent to go play college ball."