This 18-year-old will be the first in her family to go to college, a key step in building wealth 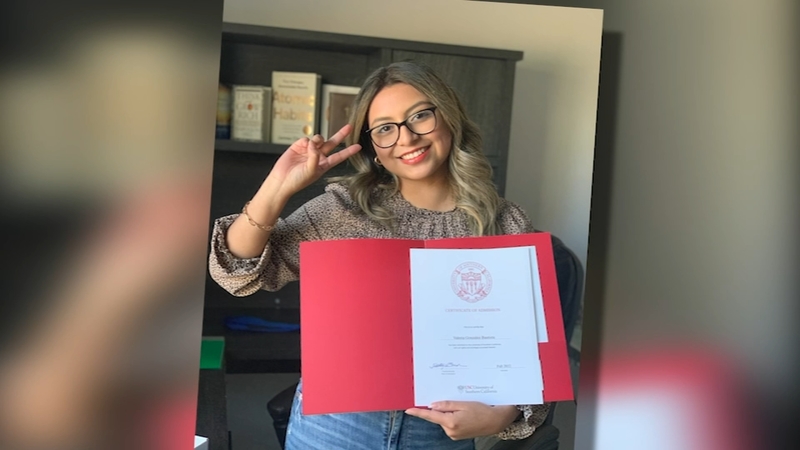 HOPE MILLS, N.C. (WTVD) -- Graduating from high school and going to college is a big deal for anyone. But for lower-income Black and Latino communities, researchers say a bachelor's degree is a critical path to building wealth.

Valeria Gonzalez, 18, from Hope Mills learned she's been accepted to the University of Southern California.

Next month, she graduates from Gray's Creek High School and will become the first person in her family to attend college.

"Coming from a low-income household, my goal was to always attend college. My goal was always to be better than my parents," said Gonzalez.

According to the US Census, Black and Latino residents make up the lowest percentage of any racial and ethnic group who hold bachelor's degrees.

Researchers estimate that 71% of jobs making $40,000 or more require a four-year degree.

Equity in education leaders contend that a common barrier for ethnic minorities is a lack of teachers who are themselves minorities and minimal cultural support throughout their K-12 experience.

"The research shows having that representation in the classroom matters, and it's also likely to help them to graduate and sometimes they will return to the classroom to empower, support and educate others in their education or academic aspirations," Dr. Kelvin Bullock, executive director of Equity Affairs for Durham Public Schools said.

Researchers say although a four-year degree doesn't eliminate all racial disparities, it can lead to better financial and health outcomes for ethnic minorities.

This is exactly what Gonzalez says is motivating her decision.

"I don't want to live paycheck by paycheck. I want my future daughter to look up at me and say, 'Wow mama. You inspire me so much," Gonzalez said.

Gonzalez wants to major in Business Administration this fall at USC in hopes of owning her own business.