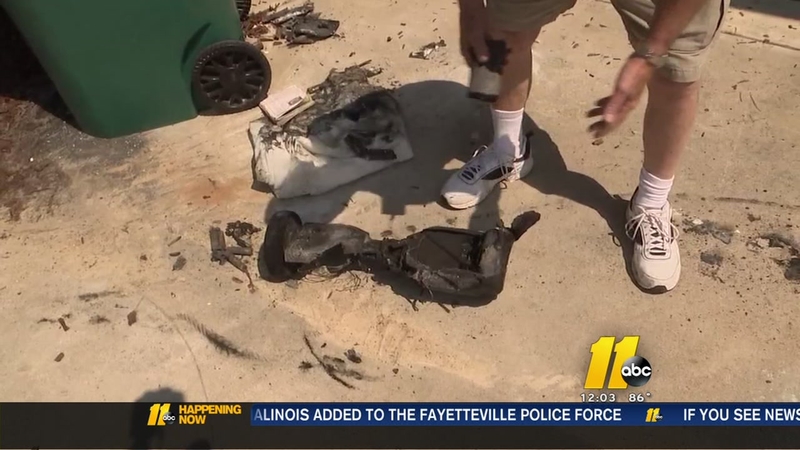 Paul Papineau told ABC11 his wife and 8-year-old son were watching the Republican National Convention while the hoverboard was charging in the garage.

The device caught fire after the homeowner says he charged it for four hours.

The couple extinguished the fire, but the blaze caused a lot of smoke damage to the garage, the inside of their new home, and their brand new Ford truck.

"We have to move out of the house so they can clear up the smoke damage. Who would have thought it would have?" Papineau asked. "It was just a little soot, but it's in the clothes. It's on the walls. It's everywhere. Just from this little fire."

The government recalled nearly 500,000 hoverboards product styles in July because of faulty batteries.

The blaze scorched a wall and the family truck.

Papineau says his son received the device as a gift and is not sure if it's on the list.

The family is cancelling their vacation to Michigan to pay for the insurance deductibles to repair their home and vehicle.