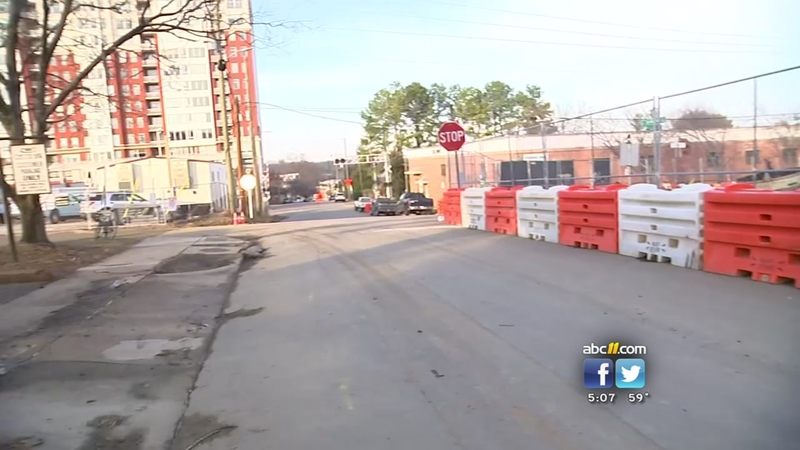 RALEIGH, NC (WTVD) -- A block of North Harrington Street in downtown Raleigh, that was closed after a raging fire broke out at an apartment building, will reopen Monday nearly a year after the catastrophe.

The Metropolitan fire broke out last March and caused almost $50 million worth of damage.

A section of Harrington Street, between Jones and Lane streets, will be reopened after crews closed it during cleanup efforts.

"It's been brutal. We completely had to pivot on our business model," said Little City Brewing owner Jon Seel of business since the fire. "Three-quarters of the neighborhood was displayed and all the streets were shut down."

"This should help and I'm excited about it. I feel like it would have been great if we could have done sooner," he said. "I think everything helps, right? When one lane opened up we saw a little more traffic as opposed to zero."

The fire started just before 10 p.m. on March 17 and was under control by 1 a.m. with crews still spraying the burnt structure with water to extinguish any hot spots.

The cause of the fire was undetermined; however, investigators did find fuel accelerant but said that's not unusual for a construction site.

Officials said the fire could have been an electrical malfunction, intentionally set, or accidentally started by a squatter trying to keep warm that cold night.

On Tuesday, the 500 block of North Harrington Street will be closed permanently to allow for the groundbreaking on an 11-story mixed-use development.