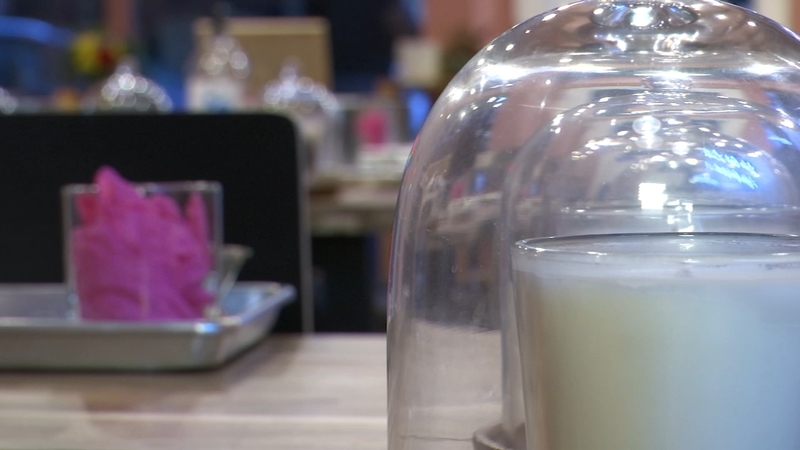 FAYETTEVILLE, N.C. (WTVD) -- A Fayetteville Black-owned candle making business has found success, despite the trials of the ongoing COVID-19 pandemic, adding a new storefront this week.

Hummingbird Candle Co. is located along Hay Street in downtown Fayetteville. The shop has seen plenty of changes since its creation in 2017.

Sesselie Henry, the Regional Manager of the shop and younger sister Tianna Dean, said business has been booming, "So, we're very busy. Like, this is the busy time of the year."

Tianna and her Army veteran husband, Michael, initially had their downtown storefront named the Cornerstone Design Co., a place where you could order custom furniture; however, that idea eventually evolved into the candle making store in January.

"They got the building, they started this business with just six thousand dollars and a dream," Henry said.

A dream that quickly ran into a COVID-19 wall when a statewide shutdown was ordered for non-essential stores in March. A shop centered around interactive candle making events had to switch over to an online model, sending home-candle making kits to customers.

#NEW: A popular Black-owned candle making company in downtown Fayetteville has expanded, adding another location in Asheville. At 11, we'll show you why they're so successful and where Hummingbird Candle Co. wants to set up shop next. @ABC11_WTVD pic.twitter.com/JcAqpcXr8Z

"Started connecting with customers, started getting mailing lists out there. We didn't become victims, because of this, we actually became warriors," Henry added.

Their online success and eventual re-opening in the summer compelled Tianna and Michael to expand. On Thursday, they opened their second storefront in Asheville. Henry calls this next step a blessing saying, "We owe it solely to God and our community."

On top of giving customers the chance to make their own candles within CDC guidelines, Henry says their mission statement is supporting and empowering women, providing their staff with "fair-wage jobs" and giving back to organizations who have the same focus.

"With her being the first person, in my family, to own a business - with it being a black-owned, vet-owned business, it's really something our community needs," Henry said.