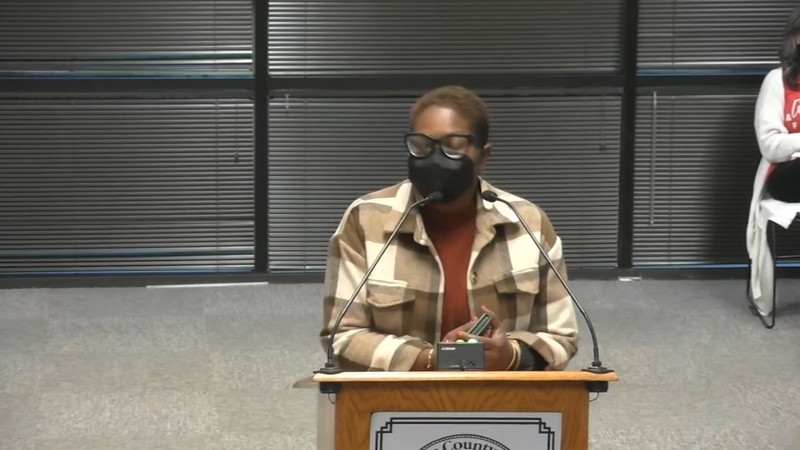 CARY, N.C. (WTVD) -- A rising tide of rudeness and disrespect is playing out not just on our social media feeds, but also in our own lives, here at home. A Wake County mom is speaking out after an ugly exchange at a recent school board meeting. And a mental health expert is weighing in on how to protect our mental health from this surge of incivility.

Our social media feeds are full of it: people behaving badly on planes, airports, supermarkets, kids' athletic fields, and school board meetings. Whether you witness the rude behavior or on the receiving end of it -- the effects can be pretty harmful: increased anxiety, depression, loss of sleep.

But there are some ways to protect ourselves from the toxic effects of rising incivility.

Letha Muhammad, a Wake County mother and education advocate had her own run-in with the rise of incivility at last week's Wake Board of Education meeting. She came to urge the board to make culturally-affirming books and curriculum a priority in the budget.

"And as I'm giving those comments, a gentleman to the right of me in the audience yelled out, 'pervert,' to me," she recalled.

Muhammad describes feeling shocked and attacked; and admits the comment made her lose her cool. She turned to the man who yelled the insult and said, "F--- you."

"It was a word that came immediately to my mind just based off of feeling attacked and unsafe," she told ABC 11. "It really felt like the person was trying to bully me. I don't think it's OK for it to be a space where people feel threatened or bullied by other parents or bystanders."

"Data suggests that over 70% of Americans in this country believe that we are at crisis levels of incivility," Mankad added.

Blame the pandemic, or politics, or a seemingly ever-present feeling of uncertainty -- it's leading to more us lashing out. And others responding in kind.

"And so that sets up a reinforcing dynamic of incivility," said Mankad.

The psychiatrist's suggestions to turn the tide include learning to walk away or defuse a confrontation. His other suggestion, he admits, may be tougher for some.

"When you find that there's someone who holds an opinion that is passionate and opposed to yours. Try to figure out why."

One week since the ugly incident at Wake school board, Muhammad says she's not deterred. "I have a voice that will not be silenced by any bully," she said.