'It's hard': Shoppers in Brier Creek are doing whatever they can to save money 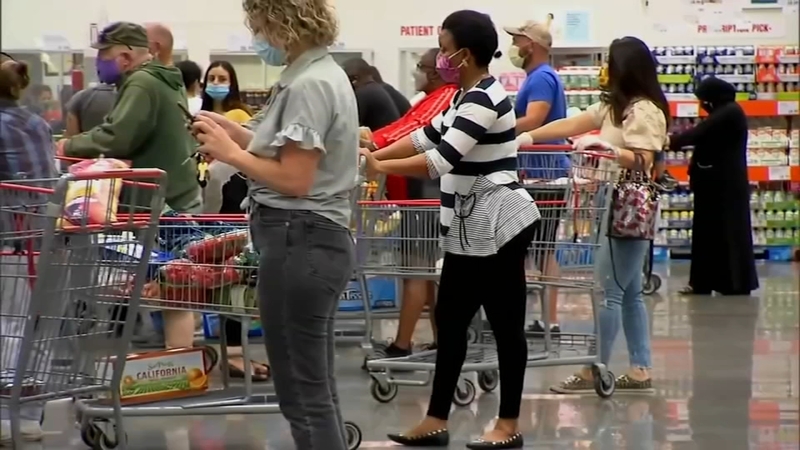 Shoppers in Brier Creek doing whatever they can to save money

RALEIGH, N.C. (WTVD) -- Briana Branch is doing everything she can do save.

"I'm trying not to go to the store hungry, for the most part," she said laughing.

Briana was at the Wal-Mart in Brier Creek picking up snacks for the road trip she's going on to Orlando with her cousin Kaden. She says she is used to driving.

"I actually live in Greensboro, but I work in the area, so gas is insane right now," Branch said adding that she stays with her mother in the Triangle a few nights a week to cut costs.

If not gas, it was something else on people's minds Friday as inflation continues to skyrocket.

"I had to catch the bus to save on gas and save as much money as I can to pay rent. It's hard," said Don Terrell, a truck driver who lives in Durham.

If you asked Gerald Cohen in March, he would've said we were close to hitting the peak of inflation.

"It just adds more uncertainty about where we're headed," Cohen, a professor at UNC Kenan Flagler Business School and a former Treasury department employee in the Obama administration. "My crystal ball is extremely cloudy. When people start saying inflation is going to continue to occur, that means the Fed has to work harder and that could end badly."

"I'm just trying not to swipe my card for random wants," he said,

James was buying groceries for himself and his mom at the Wal-Mart in Brier Creek.

"I got friends to call sometimes for a ride, most definitely. But I'm trying to go about moving in a different way. Maybe take an Uber. I don't know we're all trying to figure it out though," he said.

Cohen said the gas prices factor into our psychology the most.

But airfares are up 38% over last year and the price to rent an apartment is through the roof too.