George Stephanopoulos on James Comey interview: 'I've never had an interview like this' 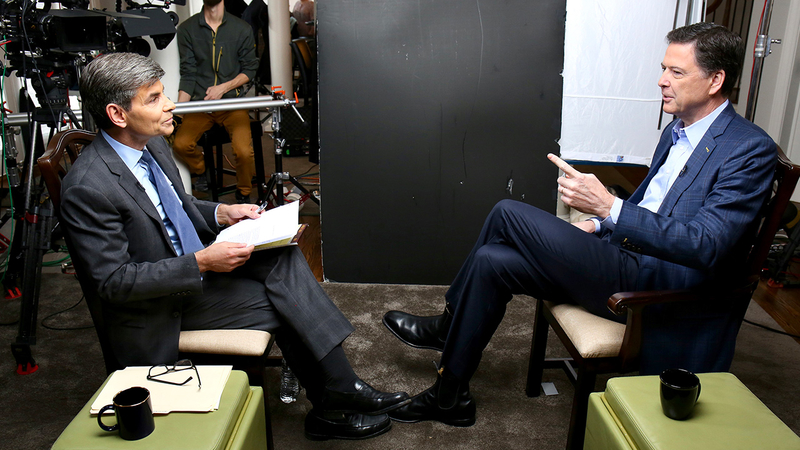 NEW YORK CITY -- ABC News' chief anchor George Stephanopoulos says at times he was "stunned" by what he was hearing during his exclusive interview with James Comey.

Stephanopoulos says he was taken aback by some of the fired FBI director's revelations, including about the "dossier," a 35-page document that contains unverified allegations that the then-reality television star Trump engaged in a sexual encounter with prostitutes during a 2013 trip to Moscow.

Comey is taking heat from both sides of the political aisle because of Comey's handling of the Hillary Clinton email investigation in the weeks leading up to the 2016 election.

"When was the last time you could think of one individual, who is not a candidate for president, who has this much influence over a presidential election and the course of a presidency?" Stephanopoulos asked during an interview with WABC-TV Eyewitness News anchor Bill Ritter in New York City on Friday.

Stephanopoulos says the interview is unlike any other that he has ever done.

"I've never had an interview like this. Never like this, that was this intense, potentially this consequential and where I was as surprised as I was by what I heard," he said.