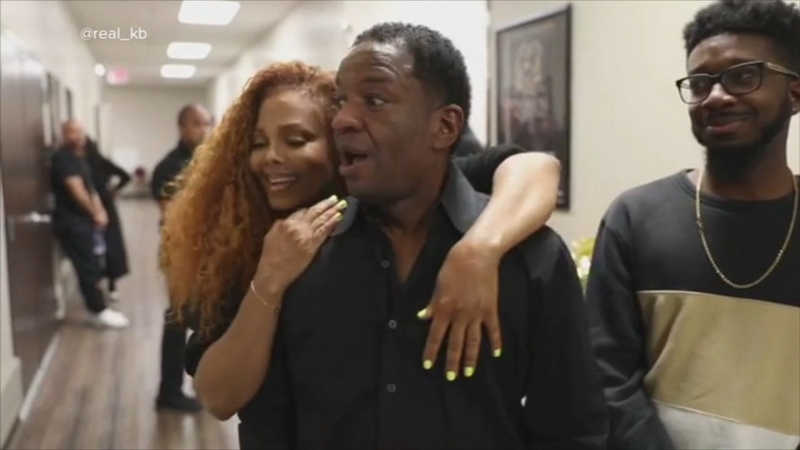 On Father's Day, his sons Chris and KB surprised him with tickets to her concert in Las Vegas.

The show took place this past weekend.

After the concert, Keith was stopped in the hallway and asked about the concert.

"I've been a fan for years. Janet and I are the same age. Watching her as Penny on 'Good Times'..." Keith said, going on and on, as someone appeared behind him.

He had no idea as he continued talking about the show, "It was fantastic. Just seeing her on stage..."

That's when Janet interrupted and put her arm around him.

It took Keith 15 seconds to actually turn and look at her.

The pop star and her biggest fan hugged.