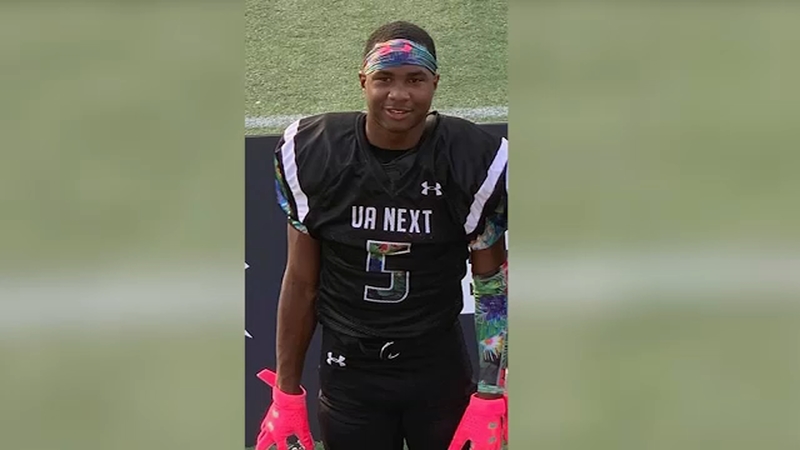 VENICE, Ill. -- An NFL star will pay for the funeral of Jaylon McKenzie, a football player who was killed last weekend outside his eighth grade dance in downstate Illinois.

Dallas Cowboys running back Ezekiel Elliott was the 14-year-old standout athlete's hero and is from the same area.

Jaylon was hit by a stray bullet when he stepped outside the dance in Venice, Illinois. He was seriously injured and died at the hospital. A 15-year-old girl was critically injured in the shooting.

Jaylon, of Belleville, Illinois, was just named one of the "Six Teens Who Will Rule the Future in Sports" by Sports Illustrated Magazine.

He drew national attention when he caught five passes for 161 yards and 2 touchdowns at the NFL's 8th Grade All-American Game in Canton, Ohio, in August. He posted on social media that he had received football scholarship from the University of Missouri and University of Illinois.

He told Sports Illustrated his dream was to play in the NFL and be a star in Los Angeles for the Chargers or Rams.

Jaylon's father, Otis Gunner, told KMOV the support coming in has made a big difference.

"The support that we've been getting makes it a little bit easier," Gunner said. "I didn't know my son touched this many people. Wow."