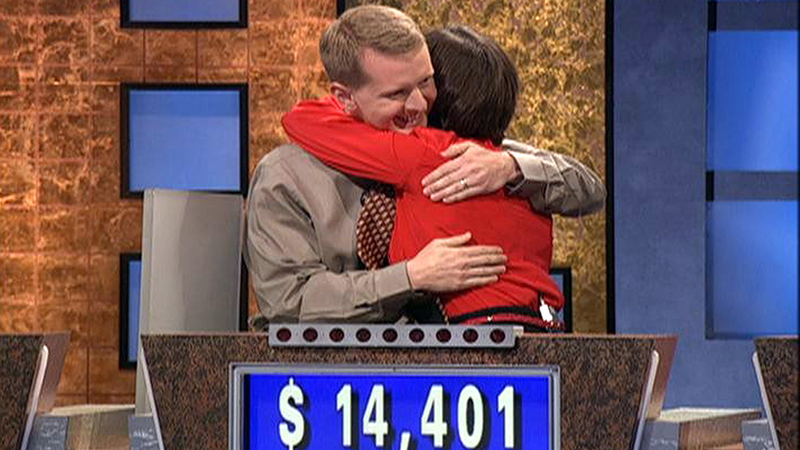 It's official: Ken Jennings is the greatest "Jeopardy!" player of all time. Yet now is a good reminder that there was once a time when a metaphorical David brought down this game show Goliath.

In 2004, Jennings ended his record 74-game winning streak when faced with a clue that finally tripped up: "Most of this firm's 70,000 seasonal white-collar employees work only 4 months a year."

Jennings answered with "What is FedEx?" but the correct answer was H&R Block.

RELATED: 1990 video shows Alex Trebek explain what it's like behind the scenes of 'Jeopardy!'
Nancy Zerg, a real estate agent from California, was the contestant who dethroned Jennings and said she refused to be intimidated.

In the end, Jennings took home over $2.5 million.