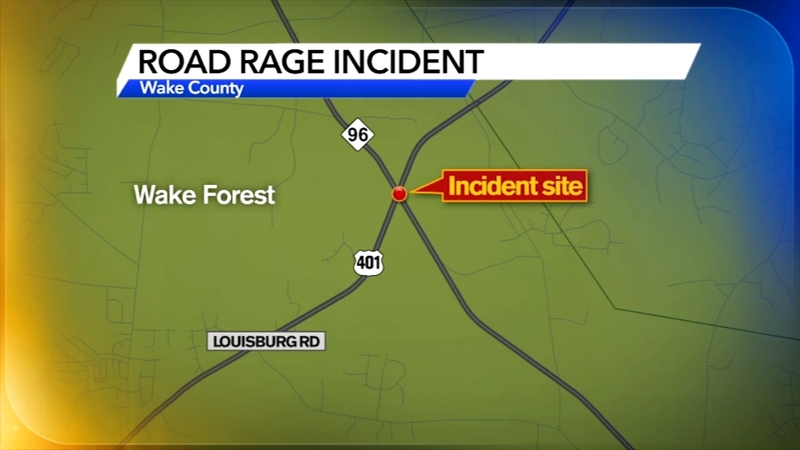 WAKE COUNTY, N.C. (WTVD) -- A Nash County man has been charged after firing shots at another motorist Tuesday morning.

The Wake County Sheriff's Office said John Davis, 38, of Spring Hope, was charged with one count of misdemeanor assault with a deadly weapon and one felony count of discharging a weapon into a dwelling or occupied vehicle.

Deputies responded to the area of Highway 401 and 96 around 8:30 a.m. for a road-rage incident. Witnesses and a victim and Davis were traveling down Highway 401 when the victim merged in front of Davis' vehicle, deputies said.

No one was hurt in the shooting.

Deputies said Davis allegedly dumped the gun and ammo into a drain before being requested to return to the scene.

Davis is being processed in the Wake County Detention Center.