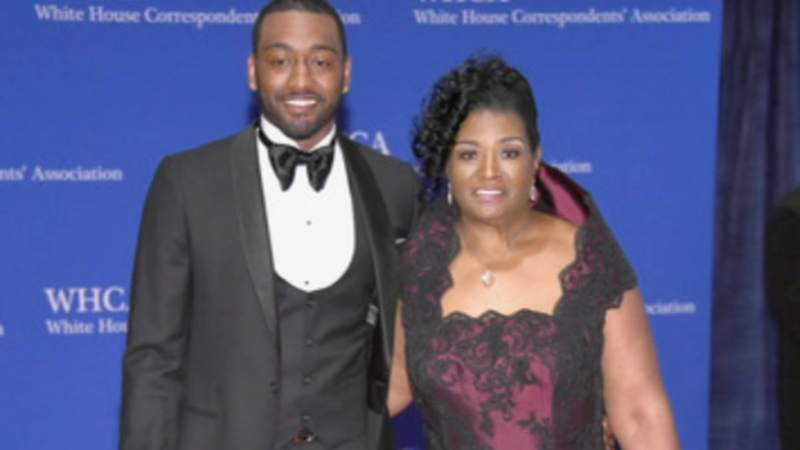 RALEIGH, N.C. (WTVD) -- Frances Pulley, the mother of Raleigh native and NBA star John Wall died Thursday at the age of 58 after a year-long battle with cancer.

Pulley was intimately involved in the charitable work of the John Wall Family Foundation around the Triangle.

Whether it was cooking Thanksgiving dinner for the people at the Salvation Army women's shelter or doling out Christmas presents at a local care home for children with autism, or even clearing trash from a stretch of highway, she was always doing the work herself.

Heartbroken for @JohnWall. His beloved mother, Frances Pulley, passed away after a long and courageous battle with cancer. The job she did raising John into the man he is today — incredible. Everything John is today — humble, a servant leader, a man of God — he got from her.

Wall has often been reduced to tears when speaking publicly about the importance and work ethic of his mother while he was growing up.

At his induction into the University of Kentucky Sports Hall of Fame in 2017, he tearfully lamented never getting to hang out with his mom because she was working so many jobs to keep the family afloat.

As a highly promising high school talent, John still had a propensity for getting in trouble. Fed up, his mother took the game away from him as a last resort.

This loss is going to affect all of our staff because the type of person she was and the influence she had on @JohnWall.

Keep John and his family in your prayers.

She told him he could either continue down a path to ruin or use his abilities to "change his family's life."

John ultimately chose the latter, and he'll tell you he has his mom primarily to thank.

Here's a segment of Wall's 2017 induction speech at UK: